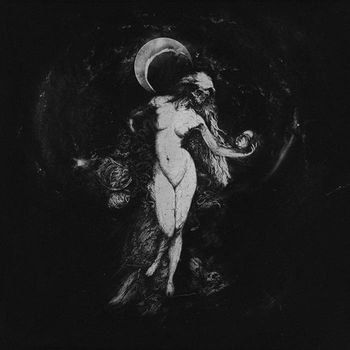 Do Skonu originate from the Ukraine. I have never been there, but I like the national flag of this country. Two horizontal stripes, blue and yellow, symbolize the clear sky over the Ukrainian core fields. Furthermore, the history of this country does not lack of tragic events. The Holodomor, deliberately organized by Stalin's regime, claimed the lives of millions of people. The Second World War showed its cruelty as well, not only because of the fact that some Ukrainians supported Hitler, while some of their compatriots fought as partisans against the Wehrmacht. Finally, the tactic of scorched earth was used by both the Germans and the Russians during their stay in the Ukraine.

Maybe one must take these things into consideration in order to understand the music of Do Skonu. Великое пробуждение среди великого сна is full of melancholic sequences, but it scores with harsh parts as well. In its rather calm moments, the compositions give you the feeling of hiking alone through billowing corn fields. Additionally, the Ukrainian pioneers Drudkh have left its mark on the sound of Do Skonu, for example at the dreary beginning of the second track. I'm fine with that, because Do Skonu take the best of Drudkh's sometimes ambivalent way of proceeding and combine it with their own compositional approach. Honestly speaking, I think that they are better song-writers than their role models. The leads are always compelling and develop a mesmerizing effect in their best moments, the songs are neither too long nor too short and the fairly depressive aura of the album ensures the typical darkness what black metal maniacs are looking for. Not to mention the creaking, compressed voice and the strange language that fit like a glove. They add an obscure touch in a successful manner.

It is therefore almost logical that the album grows constantly with every new spin. Despite its sometimes-wistful approach, the arrangements have nothing to do with suicidal black metal or any other form of namby-pamby stuff. Instead of whining all the time like a little girl that has lost her doll, the band stands with both feet on the incrusted ground of true black metal. External influences do not show up - and I don't miss them. Misanthropy and bitterness stand shoulder to shoulder and the selective integration of keyboards, for example in the sixth track, has the only function to add an atmospheric touch. Last but not least, the band varies the tempo successfully. Blast beats or other forms of ultra-fast ways of destruction do not occur, but pretty quick rhythms play an important role. The closer is almost a high-speed bullet. Damned, this album is surprisingly strong. I cannot find a single thing that I do not like. All songs, the instrumentation, the rhythmic approach, the voice - everything is solid or (much) better. Guess I get sick.

In view of the grandeur of the musical content, it is a little bit sad that Iron Bonehead chose a rather minimalist design for the vinyl release. No lyrics, no printed inner sleeve, no colored vinyl. That's no drama, because the music stands - as always - in the center of this release. But fans of little additional gimmicks will be disappointed. However, this is an output that I highly recommend. Well, its rather dark production does not score with a wall of sound, but it supports the musical approach in a pretty convincing way. So, open your heart, your mind, your wallet and, last but not least, the door to the Ukrainian underground in order to get in touch with Великое пробуждение среди великого сна. Great songs such as "Abzu" or "Black Soot" will reward your spirit of discovery.