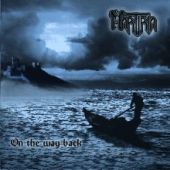 ::   ::
Type:
Release Date: 2011
Label: My Graveyard Productions
Genre: Epic, Heavy
1 Cantico
2 Drought
3 Apocalypse
4 Song
5 Ashes To Ashes
6 The Sower
7 Gilgamesh
8 The Slaughter Of The Guilties
9 You Brought Me Sorrow
10 Twenty Eight Steps
11 On The Way Back

Having been a musician myself for many years (I will not admit to how long I have played), I tend to love bands that have something different yet still very heavy to offer my ears. For the most part, my artistic and metallic needs have been met with a few disappointments along the way.

Italy’s Martiria is a Epic/Progressive band that has been around since 1987, yet only have released four full albums since 2004. As a band, they are fuelled by old school metal that is filled with massive melodies and pinpoint hooks that seen to leap out at you... but there is a problem. Martiria’s dated sound and weak sounding production and even weaker guitar bite holds this talent filled act back from where they could be.

Songs like 'The Sower' and Twenty Eight Steps' are more than just good pieces of music, but the weak sounding production and the lighter than it has to be guitar sounds makes it less than what it is. If Martiria could add some real punch to every sing that they have, these songs would go from really good to utter godliness in no time, and showcase a band that could be commanding a global audience. As it stands now, they cannot compete with some of the other acts that are out there - even from their homeland.

A few tweaks in the studio, plus a putting a little bit of steroids in their guitar sound will propel Martiria to a whole different level, and will get the metallic masses around the world to fall at their feet. I hope that this band takes this little bit of a suggestion to heart - I hate seeing a band that misses out on their potential just because of a little oversight and a tad bit of stubbornness.