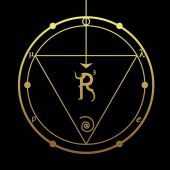 France is a scene that has every style of metal available, but is primarily not known for its brand of metal in the world scene today. I have heard a few bands that I like from France, most of them are in the vein of Progressive and Gothic Metal... then I was sent a demon soul of a Black Metal band called Rêx Mündi.

This album, once released as a demo, has been re-amped and then turbocharged. They took their original hell-spawned concept from the demo, and reworked it into something that was reworked into something that was almost not recognisable (I remember hearing the demo long time ago). Adding eerie spoken word parts with also guttural screams and then almost an Avant-Guarde sort of feel to vicious and raw Black Metal... this band has gotten my attention in a big way.

The track listings for the demo and the album are exactly the same, yet that comparison ends. The demo was raw as hell, and sounds like a recording in a rehearsal studio on a portable music player. The album was done better, yet still was brutally raw and had a strong low end that seemed to rumble right out of hell. It is nasty, evil and demonically driven, all the while very quirky and blackened artistic in some spots... a direction that make Rêx Mündi stand out in the seal of BM.

In some spots, Rêx Mündi’s vocals are way too loud in the mix to be effective, obscuring the greatness of the music that is suppose to carry each brimstone laced word. There are more than a few other sound glitches that even Black Metal never wants, yet the album is strangely compelling in the long run. Rêx Mündi’s album may not be every ones cup ‘o’ tea, not even in the BM scene but I think that some will see the brilliance hidden behind the lack of production. As for me, I liked the album- but not love it.