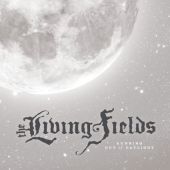 Unique is a term that is usually used too often and wrongly in many situations by some writers I know. Truthfully that includes me... to the point that I try and not use it as much as I have. Then I was sent the album "Running Out Of Daylight" by Chicago’s Doom peddlers The Living Fields. I have found the musical equivalent of that term 'unique'.

Starting out as a Progressive sort of Doom Metal, this four piece has pushed the walls of metal releasing the second full album on an unsuspecting public. Shades of Symphonic styled Black Metal invade as well as some explosive Viking Metal, artistic Folk Metal and even a small bit of an Ambient Doom feel as well. They effectively use so many different instruments in making the right aura for the music. Pianos, violins and violas are just some of the varied instruments that are use to make the album showcasing a band full of talent.

From the haunting Ambient Doom crush and guttural vocals of the sombre track named 'Perseverance' to the more up-tempo and nasty Viking styled riffing of 'Glacial Movements' The Living Fields show that you can combine acrid heaviness, masterful artistry and lilting and cruelly haunting anger into one... and come out with an album that is hard to define and yet intrigues. Musicians will love the album, while listeners will warm to it.

The album will never appeal to all, but it will make some rethink what Doom Metal really is and perhaps expand it. The band may sound like a odd bastardized collaboration of such bands like My Dying Bride, Cradle Of Filth melding their sounds with shadings of Cirith Ungol and Therion but the originality that The Living Fields have certainly makes them the perfect term of ‘unique’.