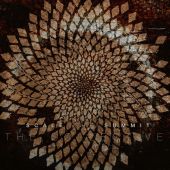 This is an interesting Instrumental album that has plenty of smooth rhythms and textures to be found. There is a rather relaxed vibe to the proceedings, even though there is a reasonable amount of technical proficiency on display. This feeling that the music emits recalls recent material by Cynic, but there are probably actually even more creative ideas on here than there were on "Traced In Air".

I’m usually not a fan of instrumental albums, because vocals are integral element for most bands, but this band manages to find an intriguing niche that makes their music stand out instead of drying up and becoming boring. The emphasis with the album is placed upon some interesting guitar picking over a strong bass line and this similar style runs throughout the length of the album. The band is able to convey a number of moods and styles with their fairly straightforward approach and the sounds can be likened to the changes in nature with their vitality. The constant shifting nature of each track makes for an always compelling listen at each turn.

The album has a melodic flavour as well that leads to a well-rounded experience overall. The variety of rhythms and textures found on this album makes it one that should appeal to anyone looking for an intelligent listen. Even though it might sound like the lost Cynic instrumental album, it’s actually much more than that.