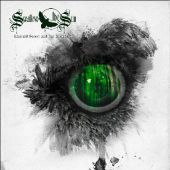 From the first sound of this album I realized I was missing this kind of music for some time now. It begins like one of old Theatre Of Tragedy albums, around "Velvet Darkness...". Calm keyboards with female voice in the background with a kind of My Dying Bride narration. And this is the kind of atmosphere from my favourite MDB albums - "The Light At The End Of The World" or "The Dreadful Hours". And maybe some Cradle Of Filth resemblance as well.

The vocalist Mikko can do both clean vocals as well as powerful growling, reminding slightly of Mikael from Opeth and Black Metal shrieks. There is everything what I liked about Doom Metal bands in the 90s - a mixture of Anathema, Paradise Lost, MDB and old TOT albums. Amazing return for me to those years. You can find some calmful passages with classic guitars, keyboards, violins and really well executed Death Metal blasts. Obviously lyrics are typical for a Doom bands, so you can find any stories about sorrow, suffering, sadness, loneliness and mourning. There is no flaw in any melody line, it clearly shows that on their fifth album this Finnish band has reached perfection in their productions. The band extracted the best elements from masters of Doom, Death and Black Metal and created an engaging album which keeps you glued to the speakers. There is calm 'This Cut Is The Deepest', slow without any growling, but also 'Hate, Lead The Way!', a completely Black Metal track. And 'Cathedral Walls' was definitely a track, because of which I wanted to hear the whole album, partially thanks to Anette Olzon's guest vocals (which by the way reminds me a little of Liv Kristine). There is a video available for this track.

All in all an awesome album consisting of the best elements of Doom, Death and Black Metal. 10 tracks and over an hour of great music - would you need asking for more?