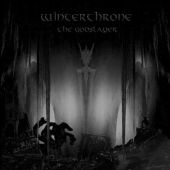 Type:
Release Date: 2012
Label: Self Released
Genre: Black, Symphonic
1 The Grave Of Thousand Souls
2 Cult Of Hate
3 Death And Blasphemy Unleashed
4 The Throne
5 In The Silver Chamber
6 Triumph And Emptiness

What we have here is a very bare bones attempt at Black Metal that doesn’t have many fancy elements associated with it. It’s rather a bleak album with a few melodic moments thrown in here and there. It’s not quite as raw as what you might expect from a Burzum album for example, but it’s certainly not nearly at the symphonic level that Emperor displays either.

I found "The Godslayer" to have a few moments of interest here and there, but for the most part it’s a very bland and uninteresting listen. Sticking with the basic fundamentals of Black Metal doesn’t help the band here because they are buried beneath a raw sound that doesn’t let the instruments make an impact and vocals that sound like rasp rather than anything that is ever well-enunciated. At times, the music raises a pulse, but is generally very tedious and not enjoyable to sit through. This might appeal more to people that are into more traditional Black Metal, but there aren’t enough neat twists and turns to interest me overall here. It’s a very narrow portrait that shows glimpses of keyboard flourishes and burst of powerful riffing here and there, but doesn’t work well on the whole.

None of the tracks stand out and it all blends together into a work that has a few bright moments, but is generally not noteworthy as a whole. This should be check out by only the most diehard Black Metal purists.