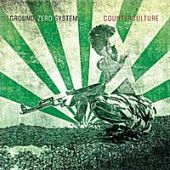 Industrial metal is one of the sub-genres of metal I have not listened to very much. I am not a fan of stuff like dance beats and sampling polluting metals power as that seems a cheap way of making music. I like Ministry to a degree when the urge is there, but I still would like them to go more in the metal way.

Ground Zero System hails from Norway and seems to be angling away from the Black Metal that is prevalent in their country. Crossing Death Metal with the technology of groovy synths and samples - they try to out do Rammstein Industrial sort of thing and sadly, they collapse under the strain and falter badly. With confusion of what they are trying to do not to mention a lack of musicality, the album is a sad state of metal.

I will not go into what I think of any of the songs here, opting to just say that this could have been a interesting mixing of styles if done right. What has been presented is a slap in the face for all metal - and should show this act to pack it in and perhaps go out for jobs on the shrimping boats that skirt the coast. Dance rhythms should never be introduced in metal the first place, but done right might be interesting at best.

Simply put, save your hard earned money for something better and hopefully like a very bad nightmare, Ground Zero System will go away and leave the metal making to people who actually give a rats ass about it, or they could decide to keep the Death Metal parts of their music and expand on it and leave the shit industrial crap behind and hopefully buried under many feet of rocks somewhere. Can't understand why the bassist for Meshuggah would session for playing on this shit.

Musicianship: 5 (for the Death Metal parts that are good)
Atmosphere: 2
Production: 5
Originality: 1
Overall: 2