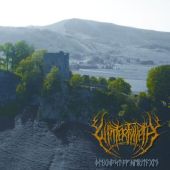 English heritage Black Metal...a term I had not heard yet, but I am getting to understand. There is only a few bands like this (Wodensthrone is one of the others I have found), as I have investigated into this. Its like the Pagan Metal, but it seems to be more akin to some regular Black Metal with folk parts. The other band in this very new sub-genre is whom I am reviewing... the UK’s Winterfylleth.

With lush orchestrated acoustic flowing parts that inevitably lead into powerful mid-tempo explosions of Black Metal that arrest the soul, Winterfylleth is in a class by themselves. Using the rich and many times blood soaked violent history of Great Britain as a strong catalyst for their songs, Winterfylleth explodes with power mixed with this very surprising subtle sort of nuances of folk and acrid Black Metal that forces the listener to actually sit and listen while enjoying the cutting edge music.

Each of the songs are so powerfjul and excellently written, it is next to impossible to choose the one or two that I love. With so much feeling going on... from acoustic instruments that breath out blissful yet haunting melodies to soul blackening heavy and baleful riffs that show the violent side of their lyrics with such clarity. This album needs to be heard from start to finish to get the full effect of what the Winterfylleth is doing.

I love this album more than just a lot. It comes close to being one of my favorite Black/Folk bands, but has not cracked the top ten as of finishing this review. Still, I am impressed enough that I want to hear the album after this one ("The Mercian Sphere"). Some tweaks could've been made in recording with this album in terms of vocal tones and guitar clarity in spots, but it is minor. This clearly is a benchmark album in a fledgling genre. Impressive stuff, Winterfylleth.