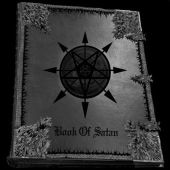 ::   ::
Type:
Release Date: 2011
Label: Satanic Propaganda Productions
Genre: Black
1 To Call Him And To Reach Him
2 His Might
3 His Voice
4 He Is The Aim
5 To Follow Him Through All Times
6 His Ancient Damnation

You can get that strong feeling of connection when a band comes though that it really does believes in what they are singing about. With hairs standing on the back of my neck and shivers up and down my spine, I have found a band who’s beliefs I never questioned or ever want to.

Dusk is made up of one man monument to Satanism called Shadow - and with the help of Guest and Session musicians, have given us an album of the most malevolent hymns ever dedicated to the fallen angel himself - Beelzebub (Satan). Creating this very dark and haunting tribute to the unholy one was done painstakingly, sparing nothing as he wove this heavy and haunting sound that is ethereal with an underlying heaviness that just brings that very forbidding and brooding music to life,

Each track was a monument to the teachings of Satan, as Shadow saw it. He weaves his sermon to show in its clearest tone, what he saw and wants to share for the world to hear. Songs like the haunting and powerful 'His Might' to the blackened 'Doom Of His Ancient Damnation' just hits home his crystal clear commitment to Satanism and how it shapes everything including him. This is almost a Satanic preaching lecture put to this wonderful mixing of Black Metal and Doom with an atmospheric angle. The result is pure blackened gold.

Black and Doom metallers will love this album for various reasons as there is nothing so scary as what Shadow has recorded. I think this is the best Black Metal in a long time and it is because this man believes in it 100%. With conviction that is as unflinching as Shadow has brought to light, Christians need to be afraid... very fucking afraid. Is he the anti-prophet or something? Maybe.