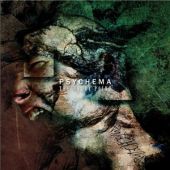 I think that the hardest genre in metal to write about is Progressive Metal. Even more than some of the ultra extreme metal that is out there. It is a style that really does walk a very fine line between cartoonishly overplayed, easily understood to just being completely inaccessible for all but the top musicians. Finland’s Psychema seems to be leaning towards one of those sides as they release their debut album "The Entry Point".

Psychema is outstanding five piece band out of Helsinki, who do something to Progressive Metal that is done not very often. It has made the music 100% accessible to all metaldom. The talent shown here is beyond belief. Playing with such power, razor precise fineness and having this pure sort of talent without going over the masses heads. Simply put is that they play complex music that anyone can grasp and hold on to. Sort of like a metallic Rush with some Dream Theatre but adding extra balls to it... and yet, there is more to them as well that make them even more appealing.

Listening to the album, I am struck by how many good tracks there are. From softer, almost ballad like tracks full of melody to full force metal that insist on headbanging. That goes for the vocals as well, as they shift in the same fashion as flawlessly as the music going from a Death Metal growls to haunting clean . The recording could have used more separation in the mixes between instruments and vocals along with a few minor changes, but the music itself shines through and does it job.

Psychema. A prog band for all metalheads and progsters alike. Others in the Prog genre never could create that sort of balance I have talked about, but this band has done it and with such class as well. As a musician, I love the complexities of Prog Metal but on hearing these Finnish musical gods, I am more impressed by the band never compromising their sound and yet made sure it was not too over done.

Impressed? I fucking am... go out and get it now... I have my own fucking copy.