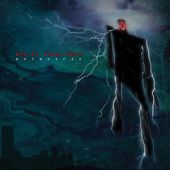 I have been accused of being very weird and strange many times over my life, and I have to admit that I am way past the point of getting away with just calling myself ‘eclectic’. I just love stuff that most people find unusual. Coming on to the task at hand, here is a band from London England and it is the most bizarre Stoner/Doom act I have heard in a very long while... End Of Level Boss.

This English four piece plays a odd style of Doom/Stoner Metal with outlandish compositions. Sort of like if "Killing Technology" era VoiVod took some massive amounts of downers and then dropped some really pure acid, then had not slept in almost five days as well. Heavy, de-tuned riffs abound throughout the album with great dexterity of musicianship, and yet those same riffs are very oddly disjointed and sometimes it lose the melodies and ther song itself.

The musician in me loves the odd angled tangents they go off on regularly, reminding me of VoiVod in more than one way as they pound their way into the listener’s mind. The truly odd track is 'Thud'. It has a odd melody that seems to go nowhere, swirling into a not very good chaotic sludge. The track is perfectly named as it falls flat on its face. End Of Level Boss strikes out once again -batting .000.

I did like some parts in the album, but those small and very scattered good parts were exterminated by the oddness of all shit they seem to be making. Musically interesting as hell, that alone cannot make this a good album. Musicians will listen to this album, then toss it into the nearest trash can- or delete it off of the computer to use the space more wisely for better albums. The metal public will not be as nice to End Of Level Boss. Interesting musically does not make for a good release.

Musicianship marks keep the rating up a little, but this still is not a good album.