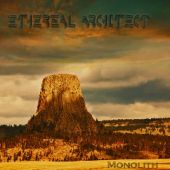 This is a varied and interesting Progressive album that has an innovative edge that pushes it above the various Dream Theater and Symphony X clones that plague the genre.

There is an operatic vibe to the vocals that gives the songs a flair that elevates them above much of the pack. The singing actually recalls Slough Feg as do the song structures to a lesser extent. There is a futuristic vibe to the proceedings here that makes them stick out from typical Progressive Metal. This makes for an album that has innovative elements as well. But it still could be pushed further. There are moments where the band seems too restrained and could be pushing their material into more compelling and adventurous directions, however. Some songs, such as the folky 'Oceans' stick out from the remainder of the material, but generally there are some high and lows on this album. The vocalist has a Power Metal flavour that is slightly annoying, but fits in well with the music mostly. Instrumentally, the band is tight and well versed, but not spectacular.

Overall, "Monolith" is a solid, but not special Progressive Metal album overall.