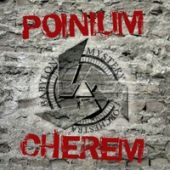 Type: Full-Length
Release Date: 2012
Label: Self Released
Genre: Heavy, Symphonic
1 Chorale What Should Not Be
2 Destroyer
3 The Affliction
4 Apollyon
5 I Am An Artist
6 Devilution
7 Another Path
8 Seething
9 A Prophet's Song
10 We Write The Words
11 Poinium Cherem
12 Finale ... What Could Not Be

In metal, people of all ideologies and thinking are welcome to express them freely and they do so with great pride - seems metal has more freedom to say what they will more than 99% of all bands and genres out there. Take for instance, the unabashed message and influencing ways of the mighty Babylon Mystery Orchestra. A band that really does put a stamp on what they are saying.

Mixing topical subjects, meaningful insights with religion and a whole truck full of irreverence as well with almost a Doom Metal meeting Rammstein meets Motorhead sort of sound- Mr Sidney Allen Johnson, has created a sort of monster that is hard to ignore. I had reviewed the album "The Godless, The Godforsaken And The God Damned" - and enjoyed it giving it a 9.1... this newest of the one man band is one bitch of a let down.

Right from the first note on, this album sounded a lot like the last one, to the point that it was ridiculously identical. Most of the melodies and riffs are the same, even though the lyrics are rather strong yet controversial as well. There is no musical originality here, to the point of making me want to run away in disgust. Sad to say, musical force of BMO, Sidney Johnson has really disappointed me in the biggest way. It was not an album I was hoping it was going to be, and this one should have never been released in the first place.

The 9.1 rating I had given the last one is out of the window on this one, and has made a huge dip in the scale intelligence does not assure a good album, and sadly BMO shows that fact all too clearly. I hope this musician/ranter learns to play more riffs than he seems to know (and other melodies at the same time). The lyrics need a strong vehicle to drive it home, it needs a Porsche to speed them off, not a Vespa on its last legs and nearly out of gas.