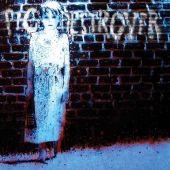 "Book Burner" is an album that is one of the better recent entries I’ve heard from the Grind genre. It has an abrasive nature with razor sharp riffs that make for a good quick and violent listen. There isn’t as much layering to the band’s riffs as Nasum portrays with their music, however. Songs here are precise and aggressive with short running times to boot.

The run times are so short that this make for good work out music or music that one might play for a physical activity. However, the running length of the songs doesn’t mean that one can expect an overly deep or innovative experience. Instead, good old fashioned killer song-writing is emphasized, which showcases an abrasive nature to songs that will make one jump with notice. The album seems to be improved on the prior work of the band as well with more focus throughout. Pig Destroyer is a good band for people that like the heavier side of metal to jump into because of the visceral experience that is provided here.

There isn’t a lot of variation between the songs, but every song is equally powerful and worthwhile. There isn’t any filler here as might be found on some Grind releases, but quality material throughout. Closing track 'Permanent Funeral' clocks in with the longest time of about four minutes, but the rest of them are rather shorter by comparison at approximately one or two minutes long.

Regardless of the running length most metal fans will find a ton to enjoy with this harsh, aggressive, yet very enjoyable listen.