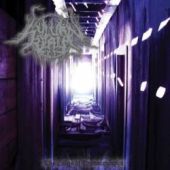 Type:
Release Date: 2011
Label: Self Released
Genre: Black
1 Sylvan Realm
2 Disappear Into The Landscape
3 Temple Of Not
4 The Lodge Of Transcendence
5 Twilight Kingdom

There is a particularly interesting psychedelic form of Black Metal created throughout the length of this release that would appeal to fans of the genre looking for a more thoughtful approach to what is standardly shown there. There are a number of twists and turns that lead to an inventive and compelling approach that makes them open to a more innovative experience in the genre.

There are harsh rasping vocals that lead to a truer Black Metal feel that also gives the overall sound of the band another dimension. Sometimes folk portions of the album recall Agalloch with an added emphasis on the harsher portions of the vocals sounding similar to those of that outfit as well. Overall, the album has a very short running time, but the quality is reasonable enough for this to have an impact on a number of different fans of the Black Metal genre. There is a solid atmosphere present and the song-writing, while solid, could be improved with more involved song-writing that would lead to more fulfilling results throughout.

The band Sylvan Realm could certainly improve their trade in the future, but for now, "The Lodge Of Transcendence" is a compelling Folk Black Metal experience that should appeal to a number of fans in the genre.