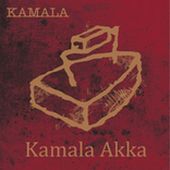 Finland is a great place to create metal. With bands like Waltari, Amorphis, ...And Oceans, Impaled Nazarene, Ajattara, Apocalyptica, Children of Bodom, Ensiferum, Finntroll, Nightwish or Swallow The Sun you can say that the scene is filled with legends in nearly every kind of metal. And it's definitely hard to create new band which would become as successful. But it seems that one band may have a chance to become famous female Thrash trio and this band's name is Kamala.

Vocalist/guitarist, bassist and drummer released their debut album "Kamala Akka" on 1st of March this year. It is a Thrash Metal album with quite heavy sounding, low-tuned guitars and melodic vocals. Listening to this album made me think of it more like a promise of something to come than a release of full potential within the band. The production on this album is excellent and there are many different effects used on guitar and distorted bass sounds really good. But the overall album sounds a little raw. There are great riffs here though, and each track presents something different, there are many interesting ideas on this album and the vocal melodies are quite interesting. And it seems that when vocalist wants, she can scream pretty good. I like the scream at the end of 'Pakko' as well as the chorus in 'Anteeksiantamatonta', my favourite track on this album by the way.

Very good performance for a first album and showing a lot of potential within the band. And very brave of releasing album with lyrics in Finnish (very hard to translate to English).