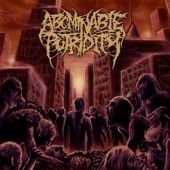 This album may as well be just another slamming brutal death metal album, but it's sure as hell overlooked. The more you listen the more and more you'll grow to love this. This album is truly a masterpiece and it may take a while for some to realize that.

You're either reading this review because you like this band and you're just checking out the reviews, or you hate slam death metal and you clicked on this because you're wondering why the hell I'm giving it such a high score. If you hate slam brutal death, that most likely means you haven't heard enough, or just haven't found the right band yet, or you just straight up hate it. I understand why people hate this album even if they're a slam/bdm fan or not, I get it. The vocals are constant with no structure, the drums sound weird, the guitars are eh, the songs are lame, whatever. Yes, I fully understand that and agree that it isn't exactly "perfect"; but the reasons why people dislike this album is the same reason why I absolutely love it. I'm one of those slam/bdm fans that like their shit nasty, guttural, and heavy. And well... this album displays and embodies that perfectly.

I love how "first effort" and "un-perfect" and raw this album is, I love it a lot. I love how everything sounds. When I started getting more into this band and listened to this album I didn't really get why it got so much crap, I thought it was pretty solid and great for the genre it is. But after my first few other listens I started to understand why it's so disliked. That was a few weeks ago but this past weekend I've been jamming this band a lot. I listened to this album about 5 times in just 3 days, it got stuck in my head and I just couldn't seem to get enough. In just three fast days this has become one of my favorites in slam brutal death metal, and no; I don't think I'll ever stop feeling the way I do about it right now.

I know it’s ironic how I'm talking about this album isn't exactly perfect but I'm also saying it is at the same time. People who know this album definitely understand what I'm talking about. Anyways, I really do love how everything on this album is. The drums (I think) are triggered, the bass drum doesn't sound pure at all, which is a slight bother but at the same time it isn't at all, I don't know exactly how to explain this. The kick drum has a sticky note type sound; for example, imagine you have a sticky note and you're ripping the sticky area back and forth off a surface, that's how the kick drum sounds. The snare has a cool sound too, sounds a slight of electronic but it's also solid and pure? I don't know, but what I do know is that I enjoy the drums here. The drums just fit really good on this album. It'll take time for sure to get used to how it sounds, but eventually you'll love it. Some bands have these aspects on their albums but sounds like absolute shit, AP does it right.

The guitars are great. Deep, heavy, slamming, perfect. Nothing much to explain for the guitars; they're just perfect and ideal, simple as that. Flawless guitar sound for some good classic slamming death. The vocals are probably my favorite aspect of this album. Vladmir's vocals are nasty, guttural as can be, juicy, gurgling, disgusting. Absolutely perfect! This is what I love and strive to look for in my slamming brutal death metal. I like my music heavy and sick, and the vocals on here strives for just that! I couldn't be more pleased! God tier vocals. Vocal structure doesn't really matter to me on albums like this, as long as they're raw and brutal.

All the songs on this album are great. One after another all very very good. (Aside from the vocals, lol), the songs have good structure and they breathe pretty fluently. The guitars play in their own slamming pattern while the drums follow along, similar to a dance beat or a rap beat. Nothing more satisfying than symmetric instruments on a slamming death album, so good. This album has 0 bad songs, and the interlude in between is perfect, adds more greatness to the album. My favorite song off the album and favorite AP song in general is probably 'Intracranial Parasite', that song opens up with a great snare flam followed by a ton of groovy and satisfying ear-gasm slams. As well as every song being good, this album has a groovy feel too, groovy as hell slams, so damn good. As I've listened more and more to this, the more and more I couldn't get enough. I love this record. It's incredibly catchy and super super fun.

As I said in the beginning, this album is severely overlooked and over hated. I do get why it's hated, but that's why it's so good. It's disgustingly perfect in all aspects. Most people like The Anomalies of Artificial Origin better, but in all honesty I prefer this any day. Don’t get me wrong, The Anomalies of Artificial Origin is amazing and a great album, but I like my slamming death heavy and disgusting. And this album is just that. Along with Cerebral Incubation's debut "Asphyxiating on Excrement", this and that album are some of the sickest and greatest albums in the genre.

In The End of Human Existence is an amazing and ideal slamming brutal death metal album, and only some people are able to realize that. It isn’t bad at all, let it grow on you and if you really don’t like it, then oh well. All I know is that this is for sure a new favorite of mine and forever a banger. Super fun album that'll get you moving with energy and good vibes. Pure greatness.

All the songs are good, but these are the best/standout tracks: