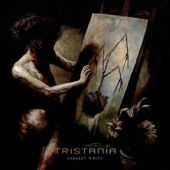 Metal fans rejoice as the Norwegian band Tristania is back with a bang. After their 2010 release "Rubicon" the band seemed to recede into the dark forest leaving fans wondering when the band would be back. The band may not have come out of the forest for the release of their seventh album via Napalm Records in May 2013 called "Darkest White", but they have definitely invited fans into their world, and what a beautiful, haunting, melancholic tragedy they have given birth to.

The album’s strongest feature is the triple attack vocals of Mariangela Demurtas, Kjetil Nordhus, and Anders Hoyvik Hilde. Not one of the singers overshadows the other, rather they complement one another. It’s like Snow White meets Frankenstein meets Romeo. The music of Tristania is like a gothic symphony.

The album opens with a strong track; ‘Number’ that is an intense, aggressive explosion. The unclean vocal of Hilde combined with the angelic voice of Demurtas creates a beautiful massacre of music. The track is heavy all from guitar riffs to the percussion. The third track ‘Himmelfall’ is a dark fairytale of sweet bliss. It has melancholic intro with darker beats, and a vocal range that will blow you away. The track that really makes Demurtas stand out is the track ‘Requiem.’ Her voice has so much power behind it and when you least expect she transcends you into another world. Favorite track on the album would be ‘Lavender.’ It is a softer melancholic ballad that will hypnotize listeners. It shows a softer side to Tristania and it is like two trees in a forest entwined around each other forever. It is simply amazing!

Conclusion: It is easy to talk about this album forever, but the only way to truly experience Tristania’s world is to listen to it. This album is definitely a darker shade of white and the band has definitely taken their music to a new level.