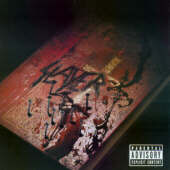 Slayer are probably the only remaining fathers of heavy metal who didn’t mellow with age. God may hate us all, but Slayer sure as hell don’t as they deliver one of the mightiest thrash albums of their career! This is the fastest and most violent record since "Reign in Blood"! It’s got the beats and sheer brutality (with a slight nu-metal influence) of the previous record but the band’s fast thrash and angry punk metal roots pulse and seethe throughout, breaking free at the most violent parts to create a face-ripping climax!

"God Hates Us All", how darkly ironic that thousands of Americans die by evil and terrorism on the very day of the release. Tom Araya’s screams firmly invigorate what we’re all surely thinking, if there is a God, then he does, indeed, hate us all. Anti-Christianism is the root of all the lyric themes, and the most blasphemous of all is the album cover (safety-censored for retail store sale) which shows a blood-spattered bible with Slayer burned into it and the pentagram nailed into it.

A few songs stand out but the album mainly keeps a solid front. Which can get slightly uninteresting after a time. Memorable are the verse lines to 'God Send Death' and 'Exile' while the blasts of 'New Faith' and 'War Zone' would make a dead head bang. If there are weak attributes to the record they are barely noticeable, this is the album Slayer fans have been waiting for. It’s not "Reign in Blood" but it comes closer to it than anything else they’ve ever done ("Payback" would fit quite nicely on it), this is the Slayer I’ve grown to love and I hope they keep this up.