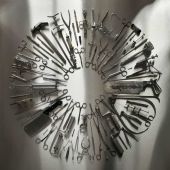 Yes, quite a long break from the metal scene, however, Carcass is back! This one fits in the genre of not only melodic death, but actually death 'n roll. That doesn't necessarily make it "not" melodic, it's melodic as all hell. Plus Steer sounds like he's keeping the guitars tuning to B still, reliving the old tunes and turning the music into a pure melodic medley of tunes that are stifling, not to mention that they're still thick and heavy as all hell. Walker's vocals are pretty much the same as its previous outputs, reliving the spirit of the past and applying it to their newer sound fitting it rather well alongside the melodies fast paced tempos.

Commendable return although some have this contingency that it wasn't music they are adhering to, it's money. With that belief, the whole of the album tends to make it as worthy as nil. I appreciated the album immensely, not out of bias or disagreement with other people's views, but because I felt a good vibe when I heard this, and yes, it was like reliving the gift of melodic memories. I think that Steer made the music commendable here, despite the slighter change in songwriting structure, the melodicism of the music keep it for me interested because the emotion definitely comes out in the music.

I've never been a fan of Carcass lyrical department, mainly just the music and vocals. On this one, I think that Steer's leads weren't as wicked on that of Heartwork, but still was able to dish out some highly technical riffs, with a touch of rock and roll feel to it. I'm guessing that was the underlying style in the songwriting department, they wanted to bring themselves back into the world of emotion in music, even if it is heavy and the guitars thick. Actually, the guitars are to me the highlight of the album and the production quality was commendable. Walker sounds the same yes, but it truly does fit with Steer's musical compositions.

I didn't lose interest in any of the songs the whole way through. In fact, I felt it to be exuberant in feel, original in style, lucid in essence and wicked in spirit. These aspects made the album work and possibly one of the top albums of 2013. I'm not in agreement with others just for the sake of agreeing with them, I truly thought that this comeback leads to other bands comebacks in metal, not just them, but those who've disbanded in the past for whatever reason. So yes, the hallmark here are Steer's utter complexity in writing style, tremolo picking riffing abundant, a vibe that puts the sound in a world of its own among their discography.

The fact that this band made a hallmark comeback to the metal scene is quite admirable. Just not only that, but listening to 47+ minutes of pure and fresh melodic/death 'n roll. The music is captivating, the vocals so much like the past, the production quality like that of Heartwork, and a drive for this band to really make its mark once again in approach to metal. I don't think that this album is them just selling out, I think that the memories of the past became relived and their adjunct to keeping themselves untouchable in this unique melodic form will turn new listeners into their vibe getting them interested in the older melodic days, not as much the way early grind ones. A monument.

I awaited the new Carcass with relatively low expectations. Many people were saying this album was similar to "Heartwork" and being a bigger fan of the album "Necroticism: Descanting The Insalubrious", I would have been hoping for something more similar to that. They’ve surprised me with the quality and consistency of their new album, however.

Despite having more melodic tendencies comparable to "Heartwork" than the complexly nuanced Death Metal of "Necroticism", the song-writing and number of memorable moments make this yet another attractive addition to the band’s discography. The biggest highlights like 'Noncompliance To ASTM F899-12 Standard', '316L Grade Surgical Steel' and 'Mount Of Execution' drop interesting references to "Necroticism" along with harmonics of something one have expected from "Heartwork". The combination of all the elements that have worked best for the band in the past put into a newer framework works well enough to hold my attention throughout. Great vocals accompany the instrumentation and this is a really notable feature of the album as well. Every song offers something different and when taken as a whole the album is a strong one overall. There are some tracks like 'Capitve Bolt Pistol' that lean too much towards "Heartwork" in sound, but the amount of compelling riffs and thoughtful new elements make this an impressive listen regardless.

As it’s been only a decent year for music at best, a great album from the likes of Carcass is always going to be appreciated and this is the case here as well. This isn’t the flawless masterpiece that "Necroticism" was for me many years ago, but it is a well-conceived and delivered album that puts shame to many of its competitors from the year, regardless. Plus, it’s nice to have the legends back for another go again even if this is really turns out to be one of their last attempts now. "Surgical Steel" is an excellent album that fans of the band from the nineties era in particular will appreciate greatly.