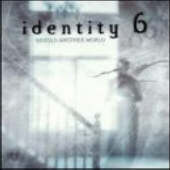 Average to good-ish introduction to a small section of bands on Century Media Records. Most of the stuff on this record is really typical metal, not much stands out here at all.

What “Identity 6” must be applauded for is the absolutely mammoth variety of metal introduced on this CD. Everything from nu-metal, Stuck Mojo and Skinlab, to black metal, Old Man’s Child, to melodic death in Soilwork, avant-garde dark metal in Tiamat and Samael, power metal in Jag Panzer, thrash metal through Winters Bane, grunge metal in Sentenced and straight up death through Brazilian super group Krisiun. That should give you some sort of an introduction to what sort of metal you will find on “Identity 6”, everything and anything.

It is a pity the track selection on these bands is so poor, barring a few exceptions. I am going to run through each band and their track and give a one word description which will save time and me going through my endless ramblings about not so good bands and good bands.

Stuck Mojo’s ‘Hatebreed’: Boring and boring.
Skinlab ‘Second Skin’: initially good, but wears thin after a while.
Moonspell ‘Lustmord’: If this was the average track on this record it would get an eight.
Sentenced ‘No More Beating as One’: These guys just want to live in Seattle; uninspiring.
Shadows Fall ‘The First Noble Truth’: Good stuff, one of the ‘better’ tracks on “Identity 6”.
Krisiun ‘Soul Devourer’: I can appreciate death metal, despite not being a death metal addict.
Dark Tranquility ‘Doberman’: Quality track from a quality metal act.
Jag Panzer ‘King at a Price’: Comes across as too overblown and pretentious for their own good.
Samael ‘Supra Karma’: Best track by a mile, find Samael’s music and worship it.
Tiamat ‘For Her Pleasure’: See above. 3rd best track on the album.
Soilwork ‘The Chainheart Machine’: Again, an awesome track, Soilwork is fucking pro choice.
Winters Bane ‘Heart of a Killer’: Ho-hum, and Winters Bane have better tracks than this rubbish.
Mental Home ‘Eternal Moan’: Ugly, and crap. No plus’ can be found here.
Merauder ‘Find My Way’: Metal-core from NYC, not too bad.
Arch Enemy ‘Pilgrim’: Hey another good track! Death from Sweden too.
Old Man’s Child ‘Obscure Divine Manifestation’: More my scene, good synthetic black.
Angel Dust ‘Black Rain’: Reasonable metal, with nice guitar work.
Eyehategod ‘Story of the Eye’: Poor track to finish “Identity 6” with, leaves an empty feeling.

And thus we have “Identity 6”, a really average album. The unholy trinity of Samael, Tiamat and Soilwork falsely guide the consumer to think “Hey, I’ve caught a good release in “Identity 6” then rips their excitement away through the rest of the album. Disappointing really. Oh well it was only $10 Australian.

Bottom Line: “Identity 6” is a ho-hum release from Century Media Records, surely there is some better material out there, there are exceptions however, those being Samael, Tiamat, Soilwork and a few others.