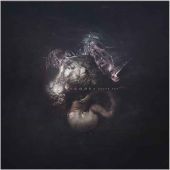 With all of the genre classifications in metal today, labels such as progressive or avant garde can actually give a description of a certain sound. I always thought such labels were only used to describe bands who were pushing the envelope so far that we had nothing else to categorize them as. In recent times only a handful of bands are truly avant garde, most notably would be Norway's Solefald, and Sweden's Terra Tenebrosa, who push the experimental envelope as far as they can. It does seem that there is actually a box now that bands with these labels fit into. That box may be bigger than death metal, black metal or power metal, but it's a box all the same. Now, with that being said England's Code work very well within their large box. Having a sound somewhere between rock and black metal, they manage to jump between the two with relative ease.

Augur Nox is the third release from the progressive black metal band. With Aort (Andy McIvor) being the only original member left in the band, and after the departure of Kvohst on vocals, I was a little skeptical. However, I was pleasantly surprised with Wacian's vocal performance. The vocals here are very reminiscent of Garm's vocals on Arcturus's masterpiece The Sham Mirrors, but more reserved and less theatrical. The music also resembles that of Arcturus in its more melodic parts, and leans more towards Enslaved in its chord driven riffs. Augur Nox is the most tame and accessible album Code have released. This is why I say that it's progressive in sound, but not in experimentation.

Augur Nox hits you from the start with "Black Rumination". This song starts of with very heavy riffs and a blacked vocal approach, then moves through some nice little melodic parts with clean vocal passages that have the Garm stamp all over them. This song is very Arcturus inspired. Another example of this would be "Glimlight Tourist" with its lavish vocal lines, Wacian gets full on Garm here. Other songs on the album resemble modern era Enslaved in guitar tone as well as the structure of the riffs. There is a lot of the prog metal/rock riffs that Enslaved have been experimenting with over the past decade. An example of this would be "The Lazarus Cord". This is the best song on Augur Nox, as it twists and turns through it's seven and half minutes, seamlessly jumping between rock and metal riffs. Even when they have this Enslaved vibe the vocals always bring to mind Garm.

Despite these comparisons to Arcturus and Enslaved, Code manage to keep their sound original enough to enjoy this album even after repeated listens. This is a progressive album. The black metal aspects are there, but only as we tend to use the black metal stamp far more loosely in recent years. Augur Nox is album that you have no problem getting into from the first listen. Multiple listens are not required to "get it", however I'm sure you will spin this album over and over again. The songs are very well crafted and dare I say very "catchy" at times. If you like the sound of mid to late 90's black metal bands that started to experiment and get more progressive, you will love what Augur Nox has to offer.