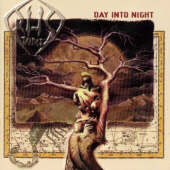 Quo Vadis from Quebec, simply put, has all the elements of metal I absolutely love combined in one package. And to me, it’s this album and this album alone that made this band exceptionally special. Not to take anything away from

Defiant Imagination, but to me, this album just works a whole lot better in a lot more ways.

Bart Frydrychowicz is one of the best guitar players in metal, period. Not because of his technical wizardry, or his live performances. The reason is simple – the man knows how to write good songs. He knows how melodies and harmonies work, and he knows how and when to grab the listener. When to step on the brakes, and when to step on the gas. Just by listening to this album from start to finish once, only once, you’ll be able to see what a great composer this guy is. And that’s what it’s all about, composing. No one gives a shit on how many fast licks you can play. It’s the songs that people will remember.

Day Into Night is packed with awesome songs. Right from the get go, your senses are assaulted with the incredible “Absolution”, and it’s written so well that you don’t even realize that it’s nearly six minutes long. You want to know why you didn't notice? Because time flies when you’re having fun, folks.

The riffs and compositions on this album are so tasteful – why don’t people make albums like this anymore? Everything flows together so well, and the record is mixed and mastered to perfection. Everything can be heard clearly, and nothing dominates the mix. The drumming provided by Yanic Bercier is second to none, and I really mean that. He absolutely owns it behind the kit, and gives the songs the drive, dynamics and respect they deserve. Bass player Rémy Beauchamp provides the back bone, heard just enough to keep everything air lock tight, without being obnoxious, and working for the songs, as opposed to against them.

“Hunter/Killer” is one of the best tracks of the album, with an instantly memorable riff, and an even more memorable chorus riff. Seriously, this stuff is like sonic super glue which just sticks into your mind and doesn't want to leave. The guitar playing is just so tasteful and powerful, the note selection just right. It’s highly addictive, and each section flows into the other as it’s the easiest thing in the world. You can tell that the band (Bart) really thought about and took his time with these compositions.

The album isn't just about speed and hyper melodies, though. The great thing about it is that it’s paced extremely well, with enough peaks and valleys to keep the listener interested. “Dream” is a fine example of this, though the band don’t ever stray too long from what they do best, and that comes up in the form of “On the Shores of Ithaka”

I mean, seriously – this song is such a beast of a song it’s not even funny. I've been a metal fan for nearly 20 years now, and I don't get excited too easily about what I hear. But this song does it for me each and every time. From the earth-shattering intro, to the classy verse, and to the absolute mind fuck of gorgeous riffing in the chorus, this song to me is what defines Quo Vadis, and this album – absolute mastery of melody and harmony. Just the sheer speed of the chorus riff, and Bart’s tasteful harmonies over it is enough to make you nod your head in approval each and every time. Not to mention Yanic’s drumming is absolutely flawless, and combined with Bart’s tasteful melodies, it’s just earth-shattering amounts of awesome.

Another highlight is the criminally perfect “Point of No Return – Mute Requiem” – I mean come on, even the title is enough to get you excited. Once again, the band lays those melodies and harmonies down with such conviction and brute force that you can do nothing but shake your head of how simply awesome it all sounds. That verse riff is absolutely nuts, and dare I say, beautiful. Or as beautiful as a melodic technical death metal band can be, anyway.

In all honestly, I have never really paid attention to the lyrics on this album, or even to the vocals. Not that they are bad, but the music is just so damn good that I don’t even hear them anymore. I have to distinctly listen to them to notice them, and when I do, yeah, the vocals are just fine. They do not distract from the music, which is the most important thing. As expected, they are used more as an instrument than actual vocals, which I’m pretty certain was the desired effect for this album.

In conclusion, I would say that this album is a must have for any fan of melodic metal, or even technical death metal. I don’t know, it’s very hard to describe what Quo Vadis actually are. Not that it matters in the least, as I simply view them as a superb band who writes superb music.

At the time of writing this, the band is on hold. Apparently, Bart has been working on new material for quite some time now, and I believe is in the process of getting the band together again. One can only hope, as Quo Vadis are, simply put, fucking amazing at what they do.