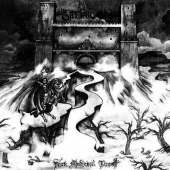 The commercial and creative suicide of the original thrash metal wave at the end of the eighties / beginning of the nineties is documented in albums such as “Force Of Habit”, “When The Storm Comes Down”, “Set The World On Fire” or “The American Way”. Extreme metal was rather hard to find. No doubt, it needed a new impulse and it was completely unexpected that this impulse came from a Norway, a country without history or merits in terms of heavy music. Admittedly, it was not only the music that made everyone take notice of the geographical tip of Europe. The crimes (murder, arson) also exerted a certain fascination, although only very few of us approve of criminal acts. But these misanthropic deeds reflected a new mentality - a spooky dedication, a f**k-off-to-society attitude and an overdose of autonomy. Therefore it was interesting to discover whether these characteristics could also be found in the music.

Well, one can like or dislike the early works from the well-known Norwegian names, but the grandeur of “In The Nightside Eclipse”, the drama of “Det Som Engang Var”, the malice of “De Mysteriis Dom Sathanas” or the atmosphere of “Svartalvheim” have become legendary. (All these classics are great, and in my opinion the misanthropic “A Blaze In The Northern Sky” falls by the wayside in comparison, but of course it has also left an enormous impact.) Satyricon’s debut is not among my most appreciated albums, but it provides an exciting trip back to the wild days of Norway’s metal scene. The flair, the aura, the mood of Dark Medieval Times cannot be recreated, the album is definitely a child of its time and this is exactly the reason why it is has a documentary value. Along the way, however, it has a wide palette of great music.

On the one hand, this debut shows pure metal sequences with “In The Shadow Of The Horns” riffing, for example at the beginning of the title track. But, to stay with this song, on the other hand it delivers a more melodic part where the keyboards take the lead. An acoustic guitar comes crawling in, accompanied by whispered vocals and blowing winds, before pure frenzy breaks ground. But, of course, only for a short time, because the band quickly gives room for a fragile intermezzo with keyboards and acoustic guitar… and so on. This description sounds more complex than the song itself, because Satyr was clever enough to give the piece a smooth flow. Nevertheless, the title track demonstrates the outstanding level of individuality and courage.

Many sequences of Dark Medieval Times deliver a profound depth. Even 'Myn Hyllest Til Vinterland', actually just an acoustic intermezzo, creates a great, mysterious mood. Its guitar lines are very expressive and the song shows the remarkable overdose of courage and precociousness of its then 17 years old spiritual father. The more ugly parts of the album are masterly arranged as well. They never lack accessibility, they make clear why Satyricon was rightly labelled as black metal and they feature the mischievous, pretty charismatic vocals of Satyr. Of course, in view of the extreme variety of the material, it is almost unavoidable that there is also a small number of parts that does not fully meet the listener’s personal taste. But Dark Medieval Times is less about individual songs or their fragments, it's more about the record as a whole. The album transports a feeling, it invites the listener to go back to the roots of Northern black metal. Moreover, it proves the gigantic range of (Norwegian) black metal. Just compare Satyricon’s first sign of life with Immortal’s “Pure Holocaust”. Worlds collide. Either way, Satyricon’s debut was a strong, well produced a statement of a scene that made its first steps. Its haunting melodies and its creative dimension are still impressive, regardless whether one likes each and every song or not.

Winds and evil storms shower the cold mountaintops of Norway, and from deep within a forest echoes a grim voice of a fiend, "SKOGEN!". Here it is: the quintessence of black metal. Hearing Satyr’s cold, distant voice and the raw guitars of an album recorded in winter, at a site of ancient ruins in Norway is simply as black metal as you can get: the majestic debut from a band that would soon rise to become one of the leading forces of metal in this country.

The music predominantly conjures feelings of old, primeval darkness. 'Walk the Path of Sorrow' will rip you out of the reverie created by the intro with a fast and furious guitar driven, double-bass powered wall of sound, only to surrender to the sorrowful interlude of the acoustic. As the songs evolve, the mood and the feelings of evil progressively transcend into a more melodic stream of sound, where Satyr even begins to employ some actual medieval instruments like the flute and the classic acoustic guitar, it all adds to the uniqueness of the band and the old-time atmosphere created by the album.

The guitar production on the album is unbelievable! The resonance the strings create is cold and dark, sounding sharp enough to cut your neck but still distorted enough for certain notes and melodies to be buried underneath so you have to dig to uncover them. The clear, simple tunes played by the flute, however, take away from this cold and grim feeling. The flute sounds happy and joyful compared to the dreadful noise of the guitar and often does not meld into the song, but rather sticks out and unnaturally juts out. The guitar then, playing the harmony of the flute, ultimately creates a bad sounding riff.

"Dark Medieval Times" is truly an interesting work of art and ingenuity in the metal world. ‘Frost’ professionally takes care of the percussion but Satyricon is essentially Satyr’s solo undertaking, as he carries out all the instrumental, songwriting, and production tasks. On this album he has achieved in creating a whole new realm. He has taken us across the cold sea to the shores of the old Viking homelands and back to a time long ago.

Bottom Line: A cold and grim album with a true medieval feel. Creates an atmosphere of timelessness but has some weaknesses.