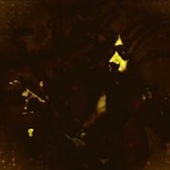 I received my promo package from Tom of MetalBite. Before I opened it I knew this was the package containing Alcest's latest offering Shelter, but there was something else in that envelope as well. A CD from Matt Boroff titled Sweet Hand of Fate. Who, you may ask? Don't worry my friends, I asked that same question. Who is Matt Boroff? What is this album about? Why did Tom send me this?

Boroff began his career in the Nineties, playing solo gigs in New York City. In 2000 he relocated to Austria and formed Matt Boroff & The Mirrors. In 2009 he released his solo debut, Reaching for Sparks. 2014 sees the release of Boroff's second solo album, Sweet Hand of Fate. Boroff explains the album as being inspired by the films of David Lynch, Stanley Kubrick, Quentin Tarantino and many more. Have I picked your interest?

On Sweet Hand of Fate, Matt Boroff plays dark, moody alternative rock. A fair comparison would be Nick Cave & The Bad Seeds. Right from the opening track "Lost", Boroff's idea of creating music that acts as a film to the listeners imagination in the vein of the above mentioned directors, is spot on. The guitars are the focal point, with dark and eerie piano and horns in the background. This sets the mood perfectly for Boroff's haunting vocals. This theme and style is consistent throughout the albums ten tracks, but there is enough variety to keep the listener interested. "Here in Limbo" sound as if it could have been taken off of Pink Floyd's Momentary Lapse of Reason, "Garbage Man" has the vibe of early Dead Can Dance while "Filling in the Cracks" sounds like a spaghetti western soundtrack.

So my guess is that Tom knows my musical tastes and threw this in to see if he was correct. I say thank you, Tom. Sweet Hand of Fate is a solid effort and after a half a dozen listens it still holds my interest. Matt Boroff creates that non metal album that metal heads will enjoy. His brand of dark, moody, haunting alt rock is just what the doctor ordered for metal heads that want something to listen to outside of the metal genre.