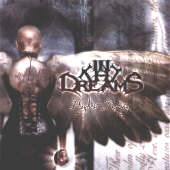 It takes something special to stand out in a rather super-saturated market. The market we’re talking about here is none other than melodic death metal. I love melodic death, it’s likely my favorite brand of metal right now. But if these bands keep coming in the tremendous numbers that seem to indicate they are pulling together an army for world domination, they need to be doing something really original to get anywhere.

What I hear in this band is a lot of muscle but not much brains. That isn’t to say that Highest Beauty isn’t any good, just that it’s not special. In fact, the very first thing that struck me about the band was that the guitar riffs sounded very familiar, and as the disc surged forward, each riff sounded very similar to the last.

The blackened vocals get deep and deathy once or twice, while in most cases this would be fine with me because I find most real death vocals to be boring. However, in the case of In Thy Dreams, the deeper death voice is a hell of a lot more original sounding than the blackish screams.

I’m not going to bother touching the lyrics, because while most of the time it doesn’t matter, in this case they do nothing to help.

Ultimately, the best thing about this disc is the corseted tattooed bald chick with the angel wings on the cover. If you’re itching for something better in the same style, go pick up the debut from Shadow.

Bottom Line: This is a decent filler album that can hold you over between more highly anticipated releases. A very strong entry, but little brings it above mediocrity.