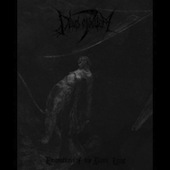 Buy on: Bandcamp
Type: Full-Length
Release Date: February 25th, 2013
Label: Strych Promotions
Genre: Black
1 Into The Forms Of Flesh (The Rebirth)
2 It Starts To Breathe Inside
3 Receiving The Impurity Of Jeh
4 The Shining
5 The Harvest
6 Ceremony Of Reversion Pt.1
7 Emanation

Black metal is a narrow-minded sub genre, no doubt about it. All you need is an insane lead vocalist who screams like a pig in the slaughterhouse, an unleashed instrumental section and song titles like "Satan Kills God". A foolish summary? Indeed! Black metal is so much more, it can be the shortest synonym for the fascinating experience of a high musical level which combines gloomy atmosphere and imperious harshness with the effect that a malicious maelstrom opens up and attempts to draw the listener into the deepest depth. Of course, Mayhem's "De Mysteriis Dom Sathanas" will be the eternal benchmark, the "Reign in Blood" of the sub genre. But other bands are competent as well. Deus Mortem's first album mirrors the spirituality of the darkest genre every second.

'Receiving the Impurity of Jeh' has already been released on the EP Darknessence. I am talking about a fanatically raging song, but this partly blast beats driven track does not represent all strengths of the gatefold vinyl. It is the shortest cut and the most vehement at the same time, although it houses a brief majestic melody as well. I do not really understand the complete breakdown at 3:20, but it does not take long until the band accelerates the tempo again and reaches an insane velocity. A fantastic number and anything else but a foreign body on the album, nevertheless, it does not show all characteristics of the group's admirable compositional approach. For example, the opener begins with some morbid guitar tones that create an uncomfortable feeling right from the start. I mention this because this feeling becomes a constant companion during the entire work. The musicians know the content of the whole toolbox and therefore they feel free to connect rather simple - yet expressive - guitar lines with pretty complicated structures. They do not aspire to create the most unorthodox black metal album, but they also despise conventional song patterns. This balancing act works very well with the effect that new demonic creatures are waiting for the listener after each and every break.

Thankfully, the author of the first review has explained that the four musicians of Deus Mortem have already acquired a lot of experience. This can be seen in the mature yet furious compositions. Maybe this is a general feature that separates black metal from thrash, quite apart from their musical differences. Many thrash bands reveal solid technical skills already on their debut, but as they get more and more mature, they lose their ferocity slowly but steadily. In contrast, black metal musicians get out of their caves, forests or children's rooms at a very early stage. Some of them create rather amateurish sounds at the beginning, but usually they are able to improve their capabilities without losing the spirit of their sub genre. With that said, Deus Mortem's brilliance is not surprising. 'Ceremony of Reversion p.1', the longest track, shows sustainably that the Polish rogues have no problem combining complexity and coherence in a very strong manner. Not to mention their fine sense for the appropriate amount of sinister, sometimes meditative melodies. By the way, the sombre musical offering is promoted by the dark and minimally blurred mix. This is not a perfect production and it lacks a bit of directness. Yet stay calm, the technical implementation does not hurt the grandness of the musical content in a noticeable manner.

The carpet-bombing of 'It Starts to Breathe Inside' is heading for destruction and the same applies for 'The Harvest' or 'The Shining', quite regardless of a short break with some desperate screams (greetings to Silencer) and the conciliatory guitar at the end. In short: all songs hit the bull's eye. The promising horde from East Europe has penned an album with an abysmal atmosphere, but this aura is rather a kind of side effect. Deus Mortem follows another strategy. The focus is set on the devastating brutality of the compositions, their precision, their manifoldness and the almost choleric belligerence of the group characterises the apocalyptic full-length. The black light emanates its force as well as its fascination and therefore a very good rating is necessary. Believe me, the fact that narrow-minded people like me enjoy black metal does not indicate that the genre itself is narrow-minded, too.