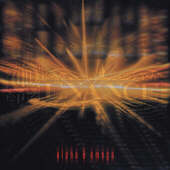 This is the Penance debut album, “Alpha & Omega,” with their new label, Martyr Music Group, but since then they have been around for quite a while (mid 80s) and have gained notoriety, and their "Parallel Corners" release in 1994 on Century Media is testament to this and was further declared one of the five top ‘post-Sabbath’ albums. Penance is considered as being among the founding bands of the stoner rock movement.

Although I've heard the term before, I’ve never actually been exposed to much stoner rock before. So this is what it sounds like: heavy, loud, nostalgic metal, mostly played at a mid-tempo. At times it sounds like Jimmy Hendrix and other times like the song 'Mississippi Queen' from Kansas (or perhaps it was from another band). Another point of reference could be Black Sabbath’s 'Sweet Leaves' from "Master of Reality" for the massive walls of guitar and bass parts that can be found throughout the album. The mood is really dark and kind of bluesy too. The singer has a medium high tone and sings in the standard clean/scream parallel. Many guitar solos are included and you'll get more than one per song. The pace varies also and usually the compositions won't stay the same from beginning to end. The only exception may be the calmer 'Drown Me in a Sea of Empty' which remains calm and melodic all along but is blessed by nice guitar notes and backed with acoustic parts. The solos are perhaps not as great as Hendrix but are interesting with wha-wha pedals, like on the track 'Reaching,’ which is one of my favorites, especially for the sound being loud and clear. 'Cold' is another good number for its great slow doom type of mood.