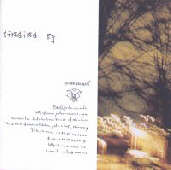 Ulver has stretched, poked, prodded and seriously tested the limits of what each individual does perceive of music from their last three releases. What each person does think of these releases is entirely unique; some hate it, some can’t begin to comprehend it and some (like me) get transported away into a strange cybernetic dimension ripe with machines and technological where mankind is on the brink of absolute destruction.

If I was asked to draw a time line of whereabouts in past, present or future each of Ulver’s last three releases would draw their inspiration from I would say this; “Perdition City” on the whole is music that is entwined with the squalid jazz/blue clubs that one may find in the town of one Dick Tracy. I am talking the ‘30s.

“Silence Teaches You How to Sing”, is more contemporary in its approach and inception, reminding more of a modern day large city/sprawling metropolis, but still contains hints of the elements that gave “Perdition City” its taste for the jazz clubs.

We are finally met with “Silencing the Singing”; which as its title suggests contains no singing whatsoever. Gone is the seedy atmosphere of the ‘30’s and precious few traces of today can be found in the three weird and wonderful songs that are “Silencing the Singing”. Mechanical and precise in mood and atmosphere is what “Silencing the Singing” is all about. Certainly on the tracks ‘Darling Didn’t We Kill You?’ and ‘Speak Dead Speaker’ one would swear that we have been transported way into the future of the world. Static is combined with a plethora of silence to set the initial undertone for the basic sound for ‘Speak Dead Speaker’ for example, then overlaid with samples of many different sounds; the clutter of feet over pavement and ambient scratching to create interesting textures and basis for one’s imagination to come alive.

The beauty of contemporary/neo Ulver is the ability not to create a wall of noise that many a band does, but instead prompt the listener to form his/her own form of music from intriguing samples and ambient pieces. This is completely unique from what Ulver has done in the past and certainly sets a precedent from what will come up next...

Bottom Line: The last of three brothers. Past, present and future come together and fly apart just as quickly. Ulver will leave a legacy that gives startling realisation of what the human mind can really achieve with a push in the right direction...