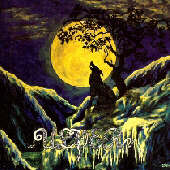 The wolf bites the hand that tries to feed it, preferring to stick with the pack in the dark wood rather than be lured into the light of day. So when Century Media offers a record deal to our beloved Norwegians and twenty grand for a full-length studio album they chose instead to keep the cash in their pockets and go back to the comfortable old forest with the most primitive sound tech to churn out a nice, raw, stripped-down, Burzumy black metal opus. Well, I’ll tell you Century Media isn’t aren’t the only ones feeling ripped off, far from the $20 000, this album isn’t worth the $20 I paid for it!

Aside from the short sound clips of the band members chopping wood to keep warm (God forbid they did this outside in Norway’s cold season!) the "Madrigal of the Night is basically distorted noise that is very grating on the ears. The opening track (they didn’t even bother to come up with song titles!) has a very nice acoustic piece that reminded me that this was Ulver after all, but besides the rare appearance of a strong black metal riff or a good melody hopelessly buried in the noise, this album is a joke.

By 1997, metal fans were already getting bored and fed up with traditional, "true" black metal with no production and generic, uncreative ideas. The "Madrigal" came as a massive disappointment to me, and I’m sure most Ulver fans. The lyrics, written in "Archaic Danish" and translated into English are definitely an interesting read in folklore poetry, but as in all black metal, the words sung are completely indiscernible and impossible to follow.

Originality: 3 (they did record it in a forest!)
Musicianship: 3
Atmosphere: 5
Production: 1
Overall: 3