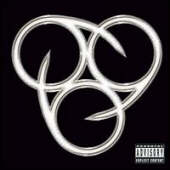 Despite the negative feedback that Deicide was given for the quality of this release, I still think that it's underestimated. Sure the riffs are less complex and there's a limited amount of leads, but I think everything flowed throughout this whole album. We can do without the lyrics, but that's what makes Deicide Deicide. When I originally heard this album, I too had a negative opinion about it. Now with repeated listens to, I beg to differ.

Compared to past releases, the album is way less technical. That doesn't make it unworthy of praise. The riffs go well along with the vocals and backup vocals as well even though I think that it's only Glen doing the backup screams. His voice is burley as usual but this time, you can somewhat understand what he's saying without looking at the lyric sheet.

The Hoffman brothers put forth quality music when writing this and I don't think that they got lazy, I just think that they wanted to put forth something less technical riff-wise. For Insineratehymn, it's back to the basics with the guitar playing. Still good leads, just a lot less of them. Tons of tremolo picked riffs mixed with basic picking. Glen's bass guitar could've been a little bit louder, but I think that it was good enough. I really liked the creativity on Deicide's part. They have had previous albums way more technical than this one, but overall, Insineratehymn hits home with me. Nothing wrong with the music, it flows. Sure they took a long while from their previous release to make another 30 minute album, but still I think that it's good. For guitarists like myself, we tend to be pretty critical when it comes to sub-par album releases. Just because this release isn't as technical as previous ones, there's no need to put this one down as a flop. Deicide tried to make it more basic when they wrote this album, nothing more. The leads could've been more incorporated in the mix, but what they put forth was enough I think.

Songs such as "Bible Basher" and "Standing In The Flames" are quite memorable. The production was decent. Jim Morris did a good job with the mixing of this album. For the most part, all of the instruments were mixed evenly even though like I said the bass could've been a bit louder. Everything else was finely heard, the guitar, drums and vocals.

Give it a try to accept this album that did so poorly with the feedback from fans. I think it's another good one to add to their discography. It's not too technical, but still catchy as all hell so try listening to it a few more times before you judge it. One hell of a sick album!