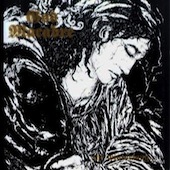 When I sit back and look around my music room and think of all of the music I have adorning the walls, floor and various shelving units, I often think of how many of the titles I hold dear are criminally underrated or unknown by many of today's and even yesterday's metal fans. I also invariably think of how many titles remain hideously out of print, commanding collector's prices on eBay via shill bidding or just basic ignorance to the bidding process that drives 15-year olds with unlimited monetary resources (or more money than brains, if you will) to set new highs on some of these titles for some inane 'street cred' in the community. Thankfully, bands like Epitaph, Excruciate, Gorement, Dawn, Mordicus, Nirvana 2002, Utumno, Funebre, Wombbath and the amazing God Macabre are being reissued so the music can get into the ears of a panting and parched metal milieu. For those unfamiliar with God Macabre, the band released one full-length in the ancient days of 1993 on the small M.B.R. Label (also responsible for giving us the the Crematory - Denial EP) and made quite a ripple on the large pond, only to disappear for 17-years, where a viciously limited edition of a self-released live album made its way into the hands of 179 lucky souls in 2010. In essence, the band achieved near-perfection, then dissipated into the nether of heavy metal history, nearly lost to time and the commercial decaying of our genre. Needless to say, the fine wines never stay dusty in the cellar for long, as someone is always thirsty somewhere and requires a perfect vintage.

The Winterlong... is without, question, one of the finest examples of Swedish death metal I've ever heard, and since the Swedes started churning out this wonderfully suffocating music I've heard most of it at least once. While I can sit here and point out the small nuances that can make God Macabre a unique death metal band, the facts are simple, really: this band takes small elements of doom and the very thickness of death metal and combines them in such a way that the overall arrangements are so interesting and tight (which speaks volumes in the DM world, as we all know) that you actually feel this album in all of the right areas. The music pulls you in and helps to create the necessary pictures to be sucked into the music accordingly.

The main difference between God Macabre and a legion of other Scandinavian DM bands is the visages often created in my head as opposed to images by Unleashed, Grave, Entombed, Dismember or Seance; I can pull in varying pictures while listening to those great bands, but when I engage The Winterlong... I immediately get different feelings from every visceral avenue, from the exemplary wonders of nature (“Lamentation” is perfect for this) to foggy introspection between celebrated power chords (“Ashes of Mourning Life”), to all-out fevered neck-bouncing for an old-fashioned trip back to my youth where once I was able to bang my head without having to ask for help to then get up from the chair (I survived this time but no call button was needed).

There is a real sincerity and style in this music that goes unnoticed by today's Carnifex or Black Dahlia Murder crowd, and while I'm glad the lines in the sand are that thickly drawn, I do wish more impressionable people could hear the majesty of tracks like “Into Nowhere” or “In Grief” and truly hear how beautiful death can be when there is true vision and talent behind the chords. The musicianship within is, arguably, some of the tightest and finely-tuned of both the country's musical history and the overall genre. The thick feel of that geographical kind is very prevalent throughout, but there is no time where it's so stifling or overly 'thick' that it ruins the music's genuine feel. The vocals are your not-so-typical enunciating growl, though the tone is easily recognizable and appreciated by those of us who won't stand for diluted bellowing. You simply can't not enjoy this.

Even the bonus tracks from the EP the band issued under the early moniker of Macabre End are nicely remastered, which says a lot since I usually detest remasters and avoid them at all costs. The subtle polish here is really well done and makes picking up this fantastic album even more necessary. The EP tracks are quite a bit more volatile and indicative of that early Swedish sound, so fans of the familiar Wombbath or Grave sound will really dig these if you haven't heard them before (though those who picked up the reissue over a decade ago will be familiar). Even cooler is that addition of a never-heard track titled “Life's Verge,” which also encompasses every single thing right with the death metal medium. The quality on the lone track isn't your typical basement demo track thrown on for measure either; the tone is nearly comparable with the rest of the music, and that makes this even more essential.

I can say with total sincerity that the death metal genre is easily one of the richest, most intense heavy metal areas out there, and its past is without equal in terms of hidden gems lurking about personal collections. The fact that some of these recordings are still our of print is disheartening, to say the least, but eventually the labels like Relapse, Dark Descent and Xtreem Music are catching on and getting these recordings back out there, for which this humble writer is both grateful and excited. I implore you not to pass up this God Macabre reissue, as it's easily one of the greatest examples of Swedish death this side of the Lule.