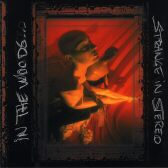 In The Woods logically progressed as a band after “Omnio”. They didn’t pull any Katatonia’s or Anathema’s on us by moving to a completely new sound, or one that is quite a distance away from their last effort. What they did was refine their system of writing, or the way they approached things, enough to give the listener something new to experience.

The songs themselves are still incredibly epic, but not completely relying on a huge sound to cause that effect. As before, In The Woods build their songs up slowly with different orchestration. However, the sound on “Strange In Stereo” is a lot more open usually. It doesn’t have some type of instrumentation going on in the background constantly from start to finish. The influence that this has on the music is that it makes it more haunting, as if something from the days of “Heart of the Ages” still lives on in the members.

The orchestration between stringed instruments, keyboards, and other common band instruments (including vocals) is again incredibly well done. There are some unbelievable hooks on this album that are located all over. The strings seem to not prevail as much, but then again they were never used tons in “Omnio” either. When they do make their way into the music, it creates a great atmosphere, as well as a beautiful sound to accompany the other instruments. Again, both the female and male vocals sound absolutely incredible. At times it seems as if their throats are just bleeding with emotion, not only during the more intense parts, but even the calmest ones. As before, both of them continue to share vocal duties fairly evenly, and even sing together at times. Their vocals are what clean vocals for dark metal should sound like.

Bottom Line: If you liked “Omnio" chances are that you’re going to enjoy “Strange In Stereo”. It has qualities that “Omnio” doesn’t, and even though it might not be as good as it, it is still an album that challenges the listener, making it something that can be enjoyed again and again.