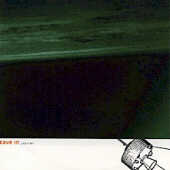 The once hardcore maestros, Cave In, have now completely abandoned any preconceptions you once had about them. The screaming, the aggressive riffs, and the maelstrom of sound... nope, it’s not here anymore. “Blasphemy!” the fans scream! But, is it such a shock that a band as talented as Cave In have actually improved or changed direction? No, of course it’s not. “Jupiter” is the new Cave In, and quite possibly the band in their truest of form to date.

I wonder just where along the line Cave In planned this move? The “Creative Eclipses” EP left some fans scratching their heads, and then left others falling out of their chairs in excitement. Then, they unleashed “Jupiter” so everybody could finally see what they were up to. The fact is, this album destroys the previous sound in terms of talent, uniqueness, and how interesting it really is.

So what the hell does it sound like? Well, for one it comes across as one of the most unpretentious records to hit my ears. The honesty of the band really reaches out towards the listener and makes it something that is a lot easier to identify with. There is plenty of experimentation on this album that is coupled with a very emotive performance from each member of the band. On the last album, lead singer Stephen Brodsky tried his hardest to nail down decent sounding vocal lines, but on here he actually does it. His performance is very dramatic and is closely related to that of Thom Yorke of Radiohead. As stated before, while the band still can reach out with an aggressive edge, the emotions the music evokes are much more broadened. The tracks can move through many different concepts and ideas. The powerful ‘Requiem’ will leave you sitting in there wondering how everything got so depressive, and then the next minute move into something more modern and upbeat sounding. Or is it the opening of ‘Brain Candle’ that surprises you with how happy it sounds before moving into a darker mood? Possibly the haunting sounds of ‘Decay of the Delay’ or ‘Big Riff’ will strike you in a better way. With all the different emotions and transitions though, there should be concern that an album such as “Jupiter” would come across as an uneven or too choppy record. This is certainly not a problem though, as the band members craft each song as clearly as they always have. Not only that, but everything on this album is an improvement for the band.

For a band as young as Cave In, it should be very interesting to see how things turn out. I have a feeling that this is only the beginning for a band as talented as these guys are. While musicianship, song writing, and performance are all very high here, the band can only improve from here. “Jupiter” only whets my appetite for what is to come.

Bottom Line: This isn’t a band that is for only the hardcore fans anymore. It’s music that anybody has a chance to enjoy. It’s certainly something that everybody should check out. Cave In are a band that should be closely watched as their potential blooms.