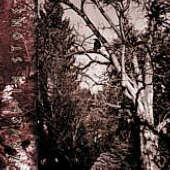 To say that that I wasn’t expecting anything as anywhere near as serene and tranquil as “The Forgotten Belief” would be a huge understatement. Soothing and acoustic, Carved In Stone is the sole project of Swawa, who some of you may recognize from Dark Intention, Paimon and another Schwardorn Production band in Taunusheim.

Basically in a nutshell, Carved In Stone is a moody folk world music band that one would expect to find playing in a village pub within Ireland or maybe on the soundtrack to the critically acclaimed film, Braveheart. Apparently, Swawa formed Carved In Stone to serve as a portal or link between her fascination with nature, mythology and ballads/fables of long forgotten ears through time.

“The Forgotten Belief” is an album that is very strongly akin to the sedate and placid textures that the Finnish folk band, Tenhi have gone about, except instead of the dark and mystical chants of male singers, we are presented with enchanting female vocals. The lyrics are primeval and invoke thoughts of the forest and similar thoughts to what one would think listening to the Vintersorg album; “Ödemarkens Son”.

This is a pretty solid first effort from Swawa, but my main problem with “The Forgotten Belief” is that it suffers from a pitfall that other bands hurt from at the other end of the scales of things. In our day and age many acts are trying to over-include element after and element and sample after sample in an effort to make a different and unique record. For Carved In Stone, Swawa is stuck at the opposite side. She gives the songs too much room to breathe by not including a more layered album which would perhaps raise “The Forgotten Belief” to dizzying heights unheard of in folk metal. Swawa definitely has the talent, but it would not hurt to make the next album a bit denser in its composition.

Bottom Line: Recommended for the fans of ambient acts such as Dargaard, as well as those into the Finnish folk band, Tenhi. Carved In Stone is solid folk metal, but Swawa needs to perhaps introduce a little more diversity and depth to her song compositions.