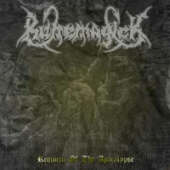 There is nothing really lacking too much on “Requiem of the Apocalypse” aside from a bit more variation needed from vocalist Nicklas, not that I am suggesting he does some clean vocals, he just needs to spruce up the grunts a little. I do feel that the production is a little on the thin side, which creates a reverberating sound that doesn’t sit very well for the tone of the album.

Bottom Line: This is a solid record. Much more interesting the meager death morsels that carbon copy death bands serve up, “Requiem of the Apocalypse” is an album that death fanatics will crave and the rest of us shall be pleasantly impressed with. Pretty cool.