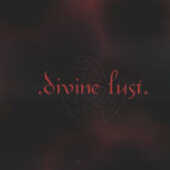 You certainly don’t see too much metal coming out of Brazil these days. There is one act worth noting that I’m aware of, and that’s Divine Lust. After a demo and doing some routine live shows, we see the arrival of Divine Lust’s debut album. While “Divine Lust” isn’t that good of an album, it does show promise for these three Lisbon natives.

Divine Lust play a type of melancholic metal. Melodic, doom in nature, but leaning a lot closer to the classic side of metal. It’s pretty typical honestly, nothing you wouldn’t expect from any other band of the same stature.

The problem with Divine Lust is the musicianship in all scopes. It’s not limited to their instrumental ability, which isn’t that bad, but it also includes songwriting ability and vocals.

Divine Lust vocalist Filipe Gonçalves is fine when it comes to doing his death vocals, but once he tries to use his clean voice, the tower crumbles. Not only do they sound bad, Gonçalves intonation is very poor, making you cringe like when you scratch a chalkboard with your nails. All right, maybe it isn’t that bad, but you get the point.

The songwriting is what really knocks Divine Lust on their back. On “Divine Lust” the ideas are there, they’re just not clicking, and they’re only mediocre. Most of the time the music seems very lifeless, lacking sincere emotion except for the occasional moment. The other problem is the transitions really need some work. The songs have a difficult time moving smoothly, making it seem like Divine Lust just took the riffs that they came up with and tried to put them with any other random idea, without taking the time to make sure they both compensate each other.

Bottom Line: While Divine Lust may not be doing Brazil any favors, they do show that they have the potential to.