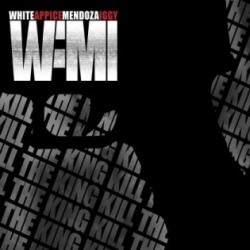 Supergroups normally never catch my attention, or even hit my metal radar most of the time but I also believe that you never rule out the possibilities for everything. WAMI is an acronym for the names of some amazing musicians brought together for the simple task of kicking your asses really hard. (Doogie)White/(Vinney)Appice/(Marko)Mendoza and Iggy(Gwadera) is such a group.

Three metal veterans and a young six string phenom come together and begin the work of exploding the barriers between old and new metal- and end up making an album of pure and honest music is what has happened here. Old school riffs come alive with huge heavy melodies, hooks and lyrics that simply pop out of the speakers are what you get.

Songs like the brilliantly catchy "One More For Rock ‘n’ Roll" to the raucous swaggering "Wild Woman" combine 80’s inspired traditional metal with 70’s cocky hard rock and deliciously gravelly vocals which brings the one truth in this world: rock and metal are not dead. It is eleven songs of fun, diversity set to a vaunting beat and riffs that stick in your head for hours after the speakers had gone silent and still.

Think of the band you would have if you had combined the best of Deep Purple, Styx, Skid Row, Armoured Saint, LA Guns and Triumph… then upped the attitude a hundred fold… this is what WAMI is. This album really needs to be on everyone’s stereo or other devices to be played and enjoyed.