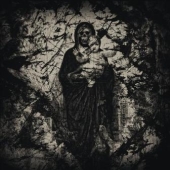 Sometimes bands impress with an almost unbelievable transformation during their existence. People who discovered Balmog only with Eve might cringe at Necroangels’ Revelations. That’s no surprise, because it contains songs that would have been raw enough for Hellhammer, but too complex for the young Tom G. Warrior to write. Either way, the three revelations crush the listener with their aggressive, muddy guitar sound which almost swallows the vocals. Especially the first one comes over the listener like an unexpected conflagration and delivers drastic, uncompromising and repulsive notes exclusively. The funeral bell at the end of the first piece (and between the second and third song) gives me the chance to count my bones – amazing, they are all still there.

It's obvious that back in 2010, Balmog intended to create nothing less than a fierce feast of radical devastation. Yes, it’s correct that some less destructive yet still very heavy tones appear from time to time, but the overall impression speaks a clear language and supports the aesthetics of the artwork. Once again, this EP has nothing in common with the rather psychedelic form of black metal Balmog offered on their last album. Here they act in a psychopathic and voracious manner, like a shot predator that wants to kill as many other creatures as possible shortly before it dies. The individual pieces sink their claws deep into the flesh of the audience and those less inclined to extreme metal will faint at the blood pouring out of them. But with the best will in the world, we cannot deal with every singular fate here.

Every now and then, the inferno leaves room for a few clerical undertones and the entire outro spreads a religious aura. Nevertheless, the atmospheric moments do not dominate this output. Balmog, that much is clear, were full of negative energy and in this violent form of black metal they found a valve to let it out. Maybe inspired by equally raw early outputs from South America, but without any signs of amateurism, the Spanish dudes gave all they had to destroy anything in their way. After 21 minutes of apocalypse we can state: mission successful. The only question that remains is: should they have continued to play the wild man or was their Watain-like development correct? Decide for yourself, but don’t try to deny that the tumultuous yet accessible Necroangels’ Revelations sends some great and homicidal shivers down your spine.