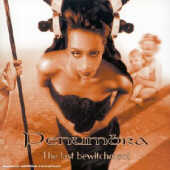 Having indulged myself quite extremely with some Black Metal fantasies, I almost forgot how beautiful and sophisticated Gothic Metal could be. Luckily, Penumbra came to my rescue to reminds me all that I loved so much in this type of artistic expression. Let Penumbra echoing in your brain and flow through your veins. Let your heart beat to their emotions and be invaded by sheer excitement and pleasures.

Formed in 1996 by Dorian (guitars) and Jarlaath (vocals and oboe), Penumbra grew up to a full band of eight musicians. This French act released a first album in 1999 "Emanate" which sold over 6000 copies. In 2000, they signed with Season of Mist and embark on a journey of amazing Gothic experiences and realizations. The current line up is, besides the two founding members, Krysten, the charming female singer, Néo on guitars, Zoltan as Mr. keyboards, Agon on bass and Garlic on drums. The grandiose symphonic ambiance is created by a superb choir of eight vocalists and a classical string quartet. This magical opus was mixed by producer Terje Refnes (Sins of Thy Beloved, Tristania) to bring the sound to the sky. The sophistication of today's Gothic beauty is awaiting to make you taste all of its luxury. Let your ears enjoy the abundance of flavors prepared by those masters of beauty. Here the past meets the present, bringing former opponents into a future of warm embraces.

The wonders in this album are too numerous to be all described but I will give you now even more reasons to get this opus. Right from the beginning, Penumbra overwhelms you with all their colors: great symphonic orchestrations, heavy riffs, superb choirs, multiple vocal expressions, beautiful melodic lines, and intricate and progressive musical phrases. Even if it has an opening song's name called 'Neutral', you just can't stay neutral with all that this song is offering. The diversity of the vocals are ranging from Death/Black to angelic opera female singer. Male and female spoken words are used as well. Some parts are with clean male vocals. The choirs are simply fantastic and the combination of all these genres is brilliant. Everything is well balanced and has its own reason for existing. The mixture of heavy versus symphonic is in perfect harmony. The moods that flow through the compositions are as varied as they could possibly be. Sometimes exhilarating, sometimes totally dramatic or romantic but never dull. The tempo shift from calm and ambient to mid pace and even in some occasions becomes pretty fast with great progression. Many gorgeous instrumental interludes are waiting to charm you. Specific highlights are hard to come up with all those brilliants songs but by trying harder, I came up with this list: 'Neutral', 'Testament', 'The Young Martyr' and 'A Torrent of Fears'.

Bottom Line: Even if still a young star, Penumbra shines so brightly to illuminate our darkened souls.