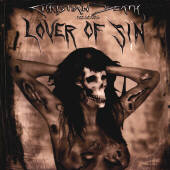 ::   ::
Type:
Release Date: 2002
Label: Candlelight Records
Genre:
1 You Should Have Died
2 Unspoken
3 Stone Cold
4 The Vision
5 Darkness Walks With Me
6 No Shame
7 Paradox
8 Where The Dead Sleep
9 Eulogy Cathedral
10 Lamb To The Slaughter

Coming from a Goth standpoint to this heavy and caustic metallic music is impressive as it is great. With dark, anti-Christian lyrics and growling dark riffing along with evil screeches, Maitri makes their mark on Black Metal. Sounding like a Satan inspired Wendy.O.Williams (of The Plasmatics), she shows power and venom all wrapped up in a nice and dangerous gift for the
world.

One listen to 'Unspoken' or 'Darkness Walks With Me' shows how good that structured Goth, doomy sort of riffs and good ol’ metal seems to meld into a form that scares all Christians all over the world. They seem to not be in the normal Black Metal vein - but they really grasp the feel of conveying the haplessness and darkness while still keeping the music going along with darkened melody and intense virtuosity.

It is one of those albums that really breaks some major ground without really trying to in the first place. Smart lyrics, even smarter music and just an amazing vision come together to create a band that is amazing, haunting and powerful all at once. This album is a opus of dark goodness and blasphemous ideals. Christian Death lives up to its name, and will force many bibles to explode into flames everywhere.

When I first listened to "Lover of Sin", words like: thrilling, exciting, electrifying came to my mind. Then, as I continued on, feelings of similarities to early eighties movements like punk, new wave followed. Why is that you're asking? Well, simply because this great recording breathes some kind of high energy, exuberance, arrogance, non respect of set formulas and patterns and generally speaking, the mood takes this right in your face, since this is who we are and what we do best. The other thought that crossed my musical neurons was Geddi Lee from the band Rush because Maitri has a voice somewhat similar to this singer specially when using the higher tone and to be real frank with you, I think it suits her better than him! I, for one, am not really keen of male singer with high pitch vocals. Besides, another interesting point to mention is that she is also the bass player. She's a relatively new member of this band and as far as I'm concerned, even if I didn't had a chance to listen to their earlier work, I think her voice and style matches perfectly to their style and I can hardly figure another singer doing a better job.

Let's have a look at what is behind this strange looking beauty on the cover. "Lover of Sin" is building up by a couple of heavy kickers for a starting point. Then, on ‘Stone Cold’, you have a violin and acoustic guitar for intro, but when it starts, better hang on because the modes go from Doom to Progressive, then Avant-garde on this exciting piece with great female vocals. The next offer is what I would call a smashing punk arrogance thus quite an electrifying experience for all to enjoy. Big fat bass lines on an overall progressive composition await to throw you off right after on ‘Darkness Walks With Me’. As you can see, fun and variety is the password here but wait that’s not all! If you like slow Doom numbers, then you'll love ‘No Shame’ because very doom it is and the percussions are pounding while the vocal lines are full of cool effects. Don't miss that one! It'll introduce the upcoming doom jewel and even if it's speed is much faster, still the riffs are excellent, the drumming is awesome and the vocals are chilling and go as far as screams for your pleasure. The keyboard parts had some cool notes too. These magicians kept the best for dessert and I won't make you wait one minute to find out why. ‘Where the Dead Sleep’, comes with once again some great doom guitar riffs, disturbing slower passages, spooky and strange musical phrases with spoken words and to top it all off, a thrilling musical interlude. This brings us to the before last song called ‘Eulogy Cathedral’ that begins with a violin and quite spooky intro turning very doom after, involving strong drum parts but without warning here comes something very symphonic and grandiose, even epic specially with the spoken words accompanying us on a wonderful piece with an Avant-garde flavor. The end, what's the end? Looking for a happy ending? Forget it! With a title like ‘Lamb to the Slaughter’ what you are getting is one of the most fantastic duo of bass and guitar riffs for a slow intro; very very heavy and doom. This killer will gradually pick up in its tempo until it reaches a peak of total frenzy before calming down to ends in such a beautiful way.

Bottom Line: Lover of Sin is fun to listen. The songs are still catchy but not at all commercial and demonstrate quite a good mixture that these magicians took from their bag of tricks for our greatest pleasure.