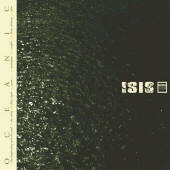 Much like the ocean itself in a sense, “Oceanic” demonstrates that it moves through all the various contrasting degrees anywhere between the calm of early morning waves to the violent nature of a midnight storm. It pulls you in and out with its gracefully moving compositions, and then pulls you under during its moments of heartfelt antagonism. Isis successfully brings together the unfathomable size of the ocean depths and the beauty of the ocean and it’s inhabitants together in their music. They’ve constructed a piece of music that makes its way into the subconscious of the listener, reaching a level of realization between itself and its host.

On “Oceanic” Isis has successfully moved beyond the dense barrage of low-end riffing that was fairly prevalent on “Celestial”. They’ve taken their music apart and rebuilt it in a completely new way. They now rely heavily on dynamics, build-ups and breakdowns, minimalism, layering, and texture – somewhat akin to Neurosis but Isis definitely carry their own unique sound. Those elements have always been a part of Isis’ sound, but Isis has never dealt with them to the extent that they have on “Oceanic”.

The music moves along so effortlessly: from mellow moments to sections where you think the outside world is about to collapse on you, to instantaneous segments in which absolute beauty radiates. Even the virtuous female vocals found throughout the album serve as another area where “Oceanic” surprises its listener with further use of dynamics. Also, the vocals of Aaron Turner are so heartfelt and emotionally preformed that they completely push the songs over the edge when they’re used. They’re there to present an atmosphere and everything that comes with that.

Every instrument has its place in Isis’ music. Even non-modal instruments such as the drums serve as a layer that is almost as important as the melody. Keyboards are also present for a large portion of “Oceanic”, putting together an atmospheric undercurrent for the music. Not only that, but there is an acute usage of certain electronic effects which fit the music perfectly. As these songs gradually grow to an immense size and sound through detailing and the layering of the instruments, the songs grow into their climax, and then suddenly they fall apart and build up again in a different way. Yet somehow the theme that they started with still resides in the music. All of this creates a textural scenery and atmosphere for Isis’ music, leaving elements to be discovered again and again after repeated listens.

Bottom Line: “Oceanic” is certainly one of my favorite albums for the year of 2002. It’s amazing to see how much better Isis has gotten since “Celestial”. Don’t get discouraged if “Oceanic” doesn’t immediately click with you. It’s an album that will take time to place its full effect on you, but the reward is far too great to go unnoticed.