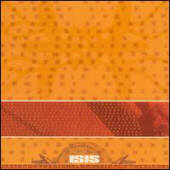 Isis debut album "Celestial" was the bands first leap into their career as musicians. The two EP’s they released beforehand; "Mosquito Control" and "The Red Sea", were the steps they had to take to get to here. "Celestial" certainly isn’t near the monolithic proportions of their follow-up "Oceanic", nor is it even close to that point, but it’s still very good, and certainly worth your time.

"Celestial" starts off somewhat mediocre, which is the initial reason the album is hindered from being truly great. Nonetheless, the album picks up right after its mediocrity, and by the time you hit ‘Swarm Reigns (Down)’ and ‘Deconstructing Towers’, you’ll realize that Isis around this time had the ability to be quite amazing. Their emotion was sincere, the composition ability was ready to be taken to the next level, and the musicianship wasn’t lacking.

"Celestial" is quite a bit different from "Oceanic" or either of the EP’s before it. It’s nestled in between the two. At the time of "Celestial", Isis was best described as a band that generated low-end riffs and a band that was more interested in creating epic sounds instead of a festival of riffs. The songs, like "Oceanic" but not to nearly the same extent, contained a lot of detailing and layering. The songs had their climaxes, building up and breaking down when necessary. Isis certainly contained the right tools to do a satisfactory job, but not totally above and beyond.

Bottom Line: Even at their early developmental stages Isis was clearly a rung above their peers. If you’ve liked Isis at any point in their career you’ll probably find some form of enjoyment out of "Celestial".