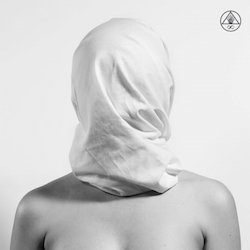 God bless progress! It makes our world so beautiful. Remember the times when our forefathers fought with sticks and stones. Primitive dimwits! The bombing of Nagasaki and Hiroshima was much more effective, showed the Soviets whose boss and made much more fun, right? We see that progress is a value in itself, a kind of new religion, and everybody who does not fall on his or her knees is a heretic. Or, to use the German translation, ein Ketzer.

So here we have the third album of - and believe me, this is pure coincidence - Ketzer. Satan's Boundaries Unchained was one of the best black thrash debuts of all times and it awoke great hopes. A new star was born - but it did not shine for a long time. Already Endzeit Metropolis was a step back, because it did not have the energy of the first work and suffered from some small experiments. Starless is the result of Ketzer's further evolution and it sounds bittersweet. It has nothing in common with (black) thrash metal and it has not much in common with metal at all. Nevertheless, this is not a complete pile of shit. The talent of the band was responsible for the overwhelming debut and it is still not gone. Ketzer behave like a car driver who has everything under control (after having taken the wrong exit.)

Positive aspects worth mentioning are the dominance of the guitars, the fairly dark vibes of the riffs and the fact that Ketzer do not lick or kiss the ass of the mainstream. I respect their approach, but I see absolutely no link to their roots, and I ask myself whether it was necessary to release those songs under the name of Ketzer. I do not want to put the occasionally occurring emotional parts in the focus, for example the slack sections of the overlong "Shaman's Dance". Come on, a small amount of uninspired, boring sections is no unique feature, other bands are prone to pretty superfluous ideas as well. What annoys me is the embarrassment that Ketzer act like new born children, without any past, without any tradition and completely innocent. Post rock is not my genre and if these pretty crude sounds fall under this category, there is absolutely no need for a change in this context. I can listen to this kind of music for ten or 15 minutes, but the longer the album lasts the more I feel that I am not a part of Ketzer's newly flattered target group. I admit that the production is very good, clear, sharp and somewhat spicy, but the song material is doomed to failure (compared with the rockets of the debut). This applies especially for the aimlessly meandering quasi-instrumental at the end of the album, but there are more numbers that fail to pull the audience into the song. The pretty lively "Godface" represents the better tracks. Its beginning sounds as if DeeDee Ramone gave Ketzer one of his riffs posthumously, but the song has a metallic fundament and does not emphasize despair, loneliness or agonizing uncertainty. These feelings are almost omnipresent on Starless, while aggression has picked the shortest straw.

Apart from general aspects, some songs are slightly ill-defined. "Count to Ten" has pretty dramatic parts and some sharp riffs, but why do we have to count to ten? What kind of kindergarten is this? Or take the playful part of "The Hunger". The dark, demonic voice of the lead singer and the precise guitars create a more or less unholy aura, but the aforementioned section with its stupid background choir and the powerless performance of the instrumentalists kills the effect of the song. Due to the comparatively great amount of tranquil song parts, it was no big challenge for the band to lend most songs a dynamic structure. Nevertheless, too many sections are going nowhere. For example, more than the first minute of the actually harsh "When Milk Runs Dry" delivers nothing but sleepy notes and does not add any value to the track and / or the entire output. Even worse, some songs seem to originate from intellectual discussion forums but not from the heart. But maybe I am just not able to understand this kind of music in view of my primitive music taste. I apologize. I would even prefer a battle with sticks and stones before I would choose any kind of modern weapons.