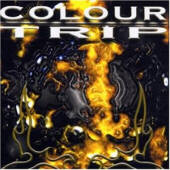 With this fourth album, Colour Trip can be classified as well established musicians in the Urban Metal field. Not newcomers in the business since their origin took place in 1991 but with the name of Accessory. They changed their name to Colour Trip in 1993 when they changed both musical direction and Label (Massacre Records). In 1999 the band signed with Artic Music Group and released "Kill My Super Ego" with Siggi Bemm as a producer who was the one also involved with their third release "Full Time Function". The musicians in this recording are: Elmar Keineke (vocals), Mark Wolzenburg and Mathias Eigner (guitars), Michael Wintzen (drums) and Ingo Reinshagen (bass).

I'll go with my own definition of this type of music: fast, cruel, cold and straight in your face. Some songs are more mid-tempo at times though but they all come to a sudden end. The cruel side is conveyed by the lyrics sang by a sceaming type of death vocalist. The vocals remain clear enough to be understood and bring chills through your blood. The cold effect is in the meaning of the songs. All written by Mark, they depict some ugly aspects of modern life in big metropolis reality. The perfect music style to transport all this has to be straight in your face. Nothing fancy, dreamy, poetic or even less symphonic has been used. Instead you'll get plenty of great guitar riffs doing the drive throughout the recording. Some guitar solos here and there are making some pleasant appearances. The bass lines are strong and the drumming complete the dynamic trio of basic Metal elements. Much to my pleasure, all the instruments can be heard loud and clear even the bass which is not always the case in heavy music.

Bottom Line: The music is heavy but melodic, the lyrics while being hard still remain realistic.