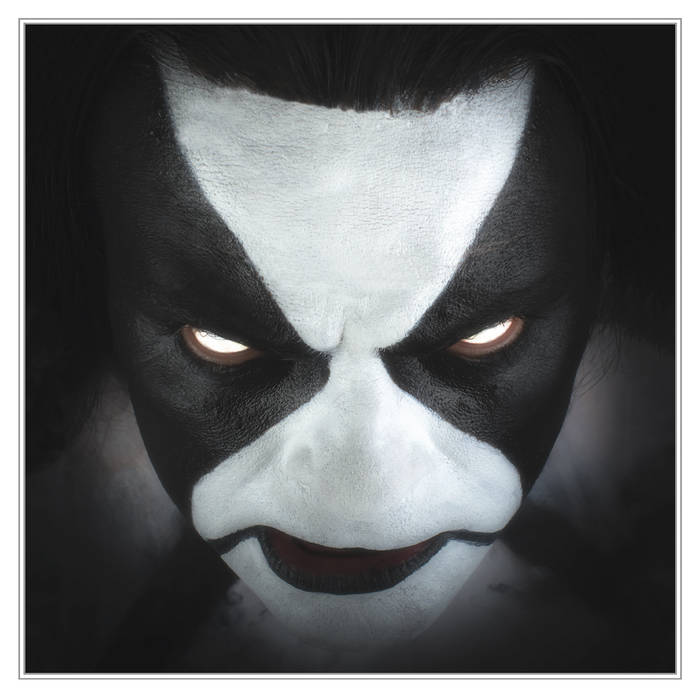 After binging all the Immortal albums in one day, I decided to end it off with Abbath, finally checking out his other band after he left Immortal. And boy, was that a good decision.

While sounding similar for sure, this self titled album takes modern Immortal and expands on it and makes it even better, in my opinion. Immortal definitely DOES NOT have any bad albums whatsoever, but I'd probably/maybe take this one over Immortal's last two records. They sound pretty similar, and while still being solid albums like any other Immortal albums, they aren't AS interesting as their other past ones in my eyes. But they're still great albums nonetheless, as every Immortal album is.

Anyways, as I said in the title - this album really is fucking fantastic. It has Immortal elements while also bringing something a little new to the table. Immortal with some decent twist. The songs are very well written and enjoyable from the get-go. Abbath has an overall very heavy and intimidating sound. Thanks to the drums for being the key factor in this album's heaviness. The drumming itself is very well done, perfect blast beats, rolls, everything is so on point and great. The drummer also doesn't fail to explore his playing a little, going from blast beats, simpler beats, pocket beats, and other beats over and over throughout the album's span. I appreciate a drummer that explores a bit, makes me appreciate the album more. And the sound of the drums are magnificent, really makes this album what it is. They have this thick, pummeling, raw, and brutal sound that kicks ass and dominates! The drums are an absolute rampage, full of energy and brutality; has a rough nature. We really need to hear drums like this more often in black metal. Maybe It's more often than I think and I'm just not checking out enough bands. These drums will forever be what makes Abbath, Abbath.

The vocals are your usual Immortal, absolutely nothing to complain about here, Abbath's vocals are awesome as always. And they sound great with the thick drums and vibe of the album. The guitars also have a heavy sound that contributes to the heaviness. The riffs are beautifully crafted and sound great! Awesome tone and sound too! While listening to this, you'll never fail to hear the perfect balance of brutality, and the expected scenic/emotional black metal sound. This is an Abbath side project, so of course it's gonna be solid and great like his previous works throughout all the years. I don't want to repeat myself, but this album is far too good, there's not really anything to complain about whatsoever. All the songs are enjoyable and differentiable; every track being it's own and fresh apiece. The music is well executed. The bonus tracks are a cool little treat too, especially the Immortal cover. As many other black metal albums are, including Immortal's, this self titled debut is a definite winter soundtrack.

So yeah, this album rules big time. Highly highly recommended for Immortal lovers or any black metal fans, or anyone too for that matter. Abbath is heavy, everything about it heavy, it has a naturally rough and brutal nature, while at the same time still having the key emotional/scenic/chill elements black metal should have.

Great debut for a new band at the time, Abbath rules! Don't sleep on them!

Abbath is back with his solo material and it’s a welcome sight. This album is loaded with the huge, icy riffs that Immortal is known for. In fact, these sometimes surpass the epic hugeness that was displayed by the previous act. The fast tremolo picking that was a signature of Immortal returns with its almost thrash-like undertones.

The guitar work on this album is quite a spectacle to behold and holds this album together like glue. It is also very intense and adds a degree of passion to the music that is very appropriate. There are numerous examples of the crushing riffs on display. The opener To War itself brings some huge riffs, but there are other examples as well. This maintains a consistency for the guitar riffs that is very welcome. No matter the track, there is always a catchy lick to back it up in effective fashion. The gap has thus been filled for an Immortal style album. This album is great, but does lack in the originality department. The riffs sound much like the previous Immortal material despite being particularly well performed. Still, the layoff from having a similar album makes up for this small flaw in spades. It’s simply nice to have this frostbitten type of music again and it is done to near perfection.

There is so much power and drive in this music that it will appeal to practically any metal fan. The emotional intensity is important as well. The riffs drip with passion and this is key to establishing the backbone of the Abbath’s solo outfit. They are tight and precise and could only use more variation in the future. Still, the Abbath solo effort is a high quality attempt at black metal that has a very strong lineage in its rear view mirror.