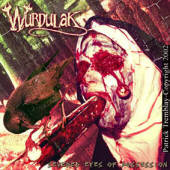 “These are my final words. Today is my last day. Before sunrise, two armed guards entered my cell. With them came a priest all dressed in a long dark robe. As the guards secured my hands and feet in chains, the priest raised high his crucifix and started praying in vain for my soul, since my black oak coffin is prepared and the rusted nails are being sharpened by some butchery tool. For me, there could be no redemption, only punishment. The guards raised my fragile body and passed me through the door. As we walk in an endless cold and damp corridor, the only sounds in my ears are my chains as I move painfully. A few light bulbs hanging from the ceiling cast a horrifying shadow of my bony structure held by two monsters. On each side, dark faces, staring eyeballs, salivating mouths in expectation for their long awaited dreadful moment. I finally went through the endless passage to my faith: a room stinking of decaying bodies and rats excrements. Numerous executioners greeting me with faces covered, pointing toward my final rest seat. Here I am, nailed on this wooden chair just like a darkened Jesus on the cross, awaiting for the high voltage. The time has come, I must go - the power is on. I am now one with the tension. My flesh burning smells like roasted pig. As the muscles and nerves from my neck are melting, my head swings down. All I can see now remaining are my skeleton hands grasping the chair.” This is a true story. The soundtrack is Wurdulak’s "Severed Eyes of Possession.” Your end is awaiting you too. Please be seated.

Yes indeed, if the high voltage could be decoded and translated into musical expression, it sure would sounds like this album. This is pure, aggressive, and raw energy.

Frediablo and Killjoy formed Wurdulak in 2000, bringing along with them some of the most prominent names in Metal, such as Maniac on vocals, and Ihizahg and Fug on guitars backing Mr. Frediablo. The monster rhythm parts were the tasks of Iscariah on bass and the beating duties handled by Jehmod. Wurdulak brought together fresh blood from bands like Necrophagia, Mayhem, Gorelord and Bloodthorn, releasing their debut album "Ceremony in Flames" in 2000. They are back again with another horror story proving that this band is here for some serious business and not only for a short little project.

Wurdulak sounds like a monster's name and that's exactly what this elite group has created: pure black metal insanity. Wurdulak is greatly driven by their guitars, all of which are simply awesome. The destructive drum and bass will beat the hell out of you. The vocals are demoniac, deep and terrifying. This opus is heavy, fast, and precise. The musicianship is inhuman. But there's a twist too. Slower and melodic portions seem to give sense to their insanity. As expected with all those guitars, the riffs presented are just outstanding and breathtaking.

Bottom Line: This is highly recommended for all extreme metal heads.