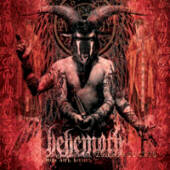 This album is angry. This album is brutal. This album is aggressive. "Zos Kia Cultus" is the album to put smiles on all the metal tough death fans across the globe this Christmas (as apt as religious sentiment can be when dealing with a band famed for song titles such as 'Antichristian Phenomenon' and 'Christians to the Lions') Behemoth with the release of this album have now most definitely claimed their place as one of the most powerful, brutal and technical death bands in the scene at the moment.

To the non-discerning death fan, this album is simply fast and heavy. "Zos Kia Cultus" from start to finish is a relentless assault on the senses. Behemoth seem to have a never ending array of crushing guitar riffs, driving drum beats and aggression filled vocals. With "Zos Kia Cultus", Behemoth have definitely raised the bar as to what should be the standard in the genre. The most interesting part to the evolution of this band is the subtlety in which they have achieved the change. On first listen the album is right on track with previous releases, but upon listening a little harder and paying a little more attention you can see that Behemoth have matured very nicely since Thelema.6. Strangely melody has become a force in their music. I’m not talking about melody like In Flames but really hard infections and fast melody lines sitting in and alongside crushing riffs to add a smooth element that was not present before and is a very nice progression in style indeed.

Production wise "Zos Kia Cultus" is also far superior to not only past recordings, but many of the other bands who share the genre. The drums are massive and very clear considering the speed at which they are being played. That seems to be a common floor in death recordings is the lack of care taken to mix the drums and you end up with the classic wall of noise that makes no sense to anyone. The guitars are very big too, a lot more bottom end has been put into them creating an altogether larger sound and the vocals have also been perfected. If anything I’d say they are sitting too high in the mix and are quite overpowering at times, which takes away from the very impressive musicianship in the background.

Bottom Line: This is a hard, fast, heavy and very technical death metal album indeed. Behemoth while not covering new ground with this CD, have produced a very strong and powerful recording that will sit well with death metal fans everywhere.