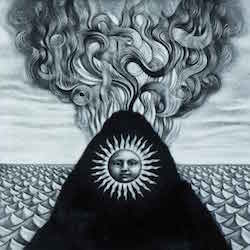 Along with Magma Gojira pretty uncompromisingly decided to go in a slightly different direction. Courageously, to the despair of some and the joy of others, but this was unavoidable.

Intentionally I avoided any comments associated first with singles, and later with the new album by the French, but my guess is that Magma more than any other Gojira material has the potential to effectively divide the fans (and also the non-fans) into two opposing camps. Not necessarily fighting each other, but probably without having an understanding for their own reasoning and bands arguments. And these were pretty clear. Joseph Duplantier said, even before the release of the album, that people of today don't focus on the complicated epic compositions, so the band decided to put out solid - short, lasting less than three quarters of an hour album with compact compositions, oscillating around four minutes on average . "We all agreed that we need something simpler and more direct, and at the same time less depressive and endowed with new energy," added Mario Duplantier.

To be honest, similar declarations of metal bands usually work for me just like an alarm siren howling right in my ear. I receive them as disguised justification measures to - of course, in the name of art 'developments'-sound mitigation and sudden desire to create compositions of radio-friendly, sweet melody based songs and all that for, what can (and in the premise should) be to the taste of today's blasé audience determining in a matter of seconds whether something is cool or, on the contrary. But previously released music videos for the excellent 'Stranded' and 'Silver', as well as even more outgoing from corporate employ of French 'The Shooting Star' allowed me to believe that Gojira will be different. Magma has proven that this time indeed I was not wrong.

As they conveyed so they did, although the announced shorter duration of tracks does not deviate so much from the earlier albums and after all, two of the compositions are in excess of six minutes. Even more so, the material originated at a time when the brothers Duplantier struggled with the terminal illness of their mother, which was reflected in the lyrics of 'The Shooting Star' or 'Low Lands' for example. There are plenty of depressive moods on the album. Generally, however, a band that's more or less associated with progressive death metal that delightfully nails with its characteristic, massive sound recorded the album that is much simpler and compact and at the same time not that obvious at all and one that demands contemplation. Album based on roughly "song like" structures and very catchy but at the same time, with no apparent desire to please a mass audience. And most importantly, done it all thoughtfully and deliberately, without losing face and without denying specific Gojira atmosphere and groove, which in previously mentioned 'Stranded' achieves new level of awesomeness.

However, groove is not everything, because there are also plenty of new attention grabbing ideas here taken from somewhere in the post-metal area, as well as excellent melodic, slightly mysterious atmosphere, transparency and spatiality of the compositions, which have gained extraordinary lightness and panache. French are playing with these elements masterfully, showing a deep maturity, brought their way and marked by five previous albums and hundreds of live concerts. Opting for new solutions, based not on a violent revolution but rather on intelligent evolution, brothers Duplantier and Co. skillfully avoided stagnation that was faintly announced by the released four years ago "L'Enfant Sauvage". They took a risk and they won.

Magma carries a powerful load of hypnotizing grace with it, and with a greater congeniality simply must get in the tastes of a wider audience. I have no doubt that this is so far the best Gojira album and I hope that it will open even more doors for them and it will further a great and, after all, still-growing career. In their homeland, the French are the stars of the great format - anyone who saw their performance on French soil will confirm that and also fanatical reaction of their audience. It’s time to conquer other markets. You hear grumbling from everywhere that the metal scene of today has no real personalities. Maybe Gojira is one of them? A big step in that direction just became a reality.